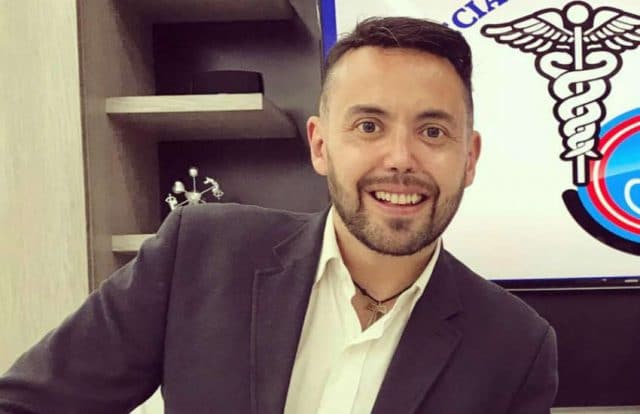 Presenter and reporter Mauricio Clark claims an ‘ex-gay’ march will be coming to Mexico very soon.

Clark, who says he is no longer gay himself, is known for making controversial remarks about LGBTI people. This includes endorsing so-called conversion therapy to challenging ‘gender ideology’.

However, on Friday (31 March), Clark claimed in a now-deleted Tweet that a march of ex-gay people would be coming to the country ‘very soon’. It would be called a ‘freedom march’.

He said: ‘Very soon, more soon than you can imagine, we’re doing the first ex-gay march in Mexico.

‘On this day, many people will realize that thanks to God, because it’s thanks to Him and because it’s necessary and our own initiative, to receive therapeutic help, that let us leave behind a homosexual life.’

‘Do you suspend my account for giving my point of view and defending the children? What about those who in the last 11 months lie to my mother, attack, defame and even threaten to kill through this social network?’

He added: ‘Where is the freedom of expression? Where is the congruence? I have never offended anyone.

‘Thinking differently from the LGBT community does not make me homophobic. Family tolerance. Tolerance!’

Conversion therapy has been widely debunked across the world. The American Academy of Paediatrics warned against it as early as 1993. It is now outlawed in many countries and US states.

Mauricio Clark has come under fire multiple times for his views on the LGBTI community and so-called conversion therapy.

Earlier this week he claimed politicians are using ‘gender ideology’ and the LGBTI community.

‘Because basically there is no full happiness, because values are few or null and for the simple fact that it goes against our nature.’