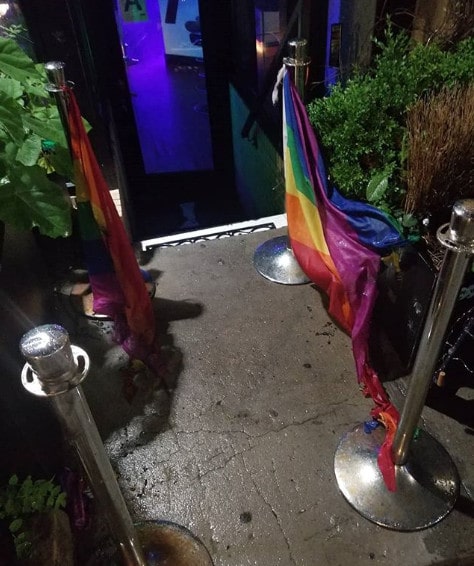 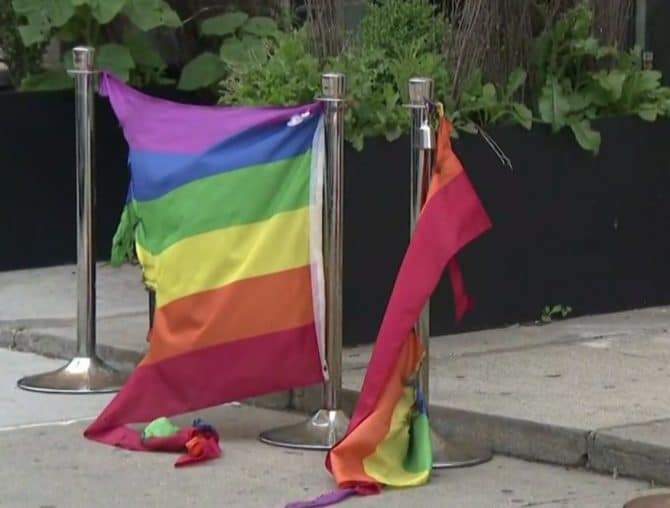 New York police have launched an investigation to a possible hate crime after two Pride flags were burned outside a Harlem bar.

Police responded to a call outside the Alibi Lounge on West 139th street late Friday night. Unknown vandals had set the flags aflame, though by the time police arrived, rainfall had extinguished the fire. Investigators are now trying to determine if the incident should be classified as a hate crime.

The news reached New York governor Andrew Cuomo the next morning, who issued an immediate response via Twitter. “I am disgusted by the burning of a Pride flag outside an LGBTQ bar in Harlem early yesterday morning. There is no place for hate in New York. ?I am directing the @NYSPolice Hate Crimes Task Force to provide NYPD with any resources needed to investigate this repugnant incident,” Cuomo said.

Employees of Alibi Lounge also responded via Instagram, sharing an image of the burned flags and a message of courage. “Few minutes ago, someone set our rainbow flags on fire,” the post said. “To the homophobic coward, we will make our mission to find you! It’s #pridemonth motherf*cker!”

Members of the LGBTQ community and Harlem residents rallied on Saturday to support the bar. “Seeing this, what goes through your mind?” Harlem resident Sheba Simpson-Amsterdam told CBS News. “Hate but I also know that love overcomes hate so that’s why we came out today in solidarity. We want people to know that this cannot continue to happen in our community at all.”