Home Gay Life Pride in Hull teams up with the people that made the city... 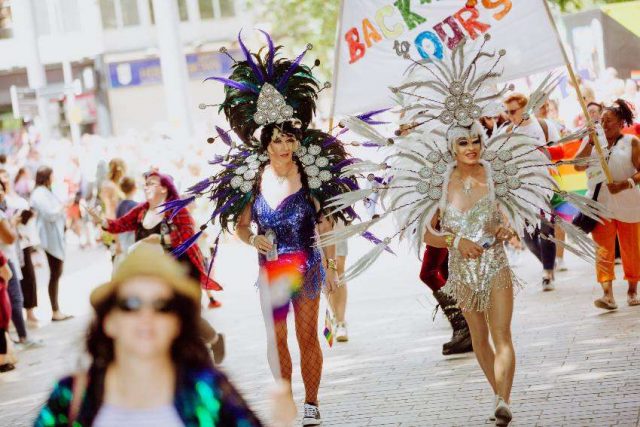 Pride in Hull is teaming up again with the team who turned the Yorkshire city into a cultural hotspot.

Following a successful 2018 Pride, organizers have again recruited Back to Ours to help them with this year’s Pride. Back to Ours is a creative agency created when Hull was named UK City of Culture in 2017.

The city also became the inaugural location for The Pride formed the centrepiece of Hull UK City of Culture’s LGBT50 event in 2017 and attracted 44,000 attendees..

In 2018, more than 3,000 people marched in the Pride in Hull parade which Back to Ours created.  The volunteers created banners and flags and very special performance featured within the Pride parade.

‘Back to Ours are a cultural institution and we’re made up to have their support again this year. They’ve really pushed us to make the parade into something as meaningful and creative as it is spectacular,’ said Matt Walton, chair of Pride in Hull.

This year Pride in Hull will celebrate the 50th anniversary of the Stonewall riots. The New York are considered the birthplace of the LGBTI rights movement.

Five special sections of the parade will reflect each decade from the 70s to now.

From ABBA to Ariana, flares to skinny jeans, Stonewall to equal marriage, the parade will celebrate the massive milestones in a spectacular march towards LGBT+ equality.

‘It’s great to mark this very special pride year in this way. While we’re reflecting and celebrating how far we’ve come as a society, we’ll highlight issues that people face today, too,’ said Andy Train, Pride in Hull parade director.

‘People are still being bullied or persecuted for their sexuality or gender identity and it’s important that we keep challenging inequality.’

is a free and unticketed event taking place in Queens Gardens on Saturday 20 July. Confirmed acts include Alaska 5000, Melanie C with Sink the Pink and Claire Richards.