Home Gay Life ‘Pride in London was more important than ever this year – here’s... 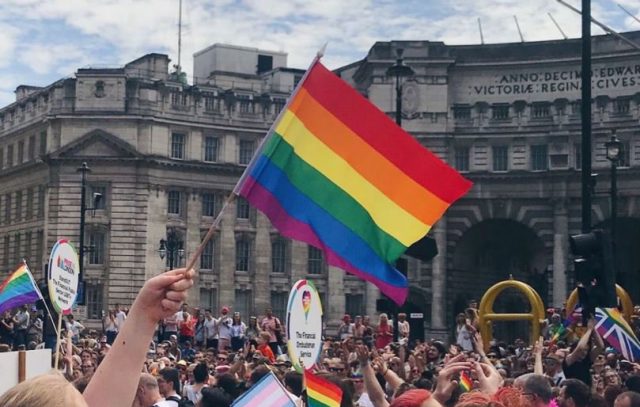 We’re all sitting at our desks strategically searching for some #MondayMotivation on Twitter, fishing out glitter from our underwear, and trying to piece together the hazy memories of Saturday night. London Pride is over, but we’re getting the occasionally shower of rainbow-filled videos on our newsfeeds to keep us going. This year, like every year, the usual complainers, haters and all-round boring people took to social media to inform us that Pride is no longer needed. Sorry, but this year Pride was more important than ever.

Last year’s parade took place in the wake of the EU referendum, resulting in a strong pro-EU message influencing many to wave EU flags as they marched along the streets of London. This year, politics wasn’t taking the day off, with the first round of applause and cheers breaking out as people passed the to-the-point DUP banner. Theresa May was equally being directed to exit the building – although she may not have sashayed away, perhaps she spent her Saturday sashaying her way through a wheat field? We can only hope. Her team of LGBT+ Conservatives were up next, with a reception as cold as Tory policies. Fortunately, LGBT Labour weren’t far behind, melting away the ice left by the Tories. Given the current political decisions that are being taken by our government and their impact upon LGBT+ people, it appears that politics will continue to be part of Pride for year to come. 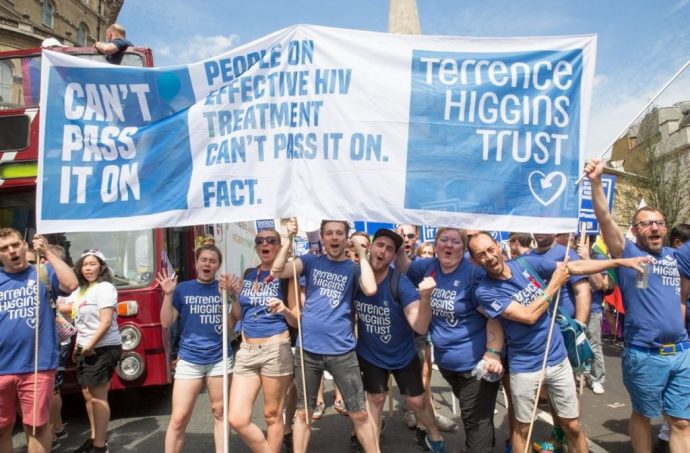 Moving away from politics, health also dominated this year’s celebrations. The Terrence Higgins Trust’s banners read ‘Those on effective treatment can’t pass it on. Fact.’ The campaign brings attention to those who are living with HIV and who are ‘undetectable’. In other words, they are taking effective treatment which has reduced the amount of virus in their blood to a level that means they will not pass on the virus to others. It was encouraging to see this campaign being brought to life at Pride, given the stigma that gay and bisexual men living with HIV still face from others in our community. What’s more, it’s perhaps poignant to pause and reflect on the notable medical and scientific progress that has been made when it comes to the treatment of people living with HIV. Inexcusably, the shift in social attitudes is trailing far behind. When will we begin to realise that the prejudices that many within our community hold are barriers to HIV prevention?

Finally, public sector workers waved their rainbow flags under a cacophony of sirens, whistles and klaxons. London’s emergency services joined the parade following a particularly challenging time of several major incidents in a short space of time. This year’s Pride was an opportunity to applaud the courage of the LGBT+ men and women who work within these agencies. Teachers were hanging off the side of an open-top bus – so that’s what they do when they’re not teaching, marking or lesson-planning. The importance of LGBT+ visibility amongst those teaching the future generations is unquestionable. These individuals are in one of the most influential positions for bringing about social change amongst the younger members of our society. Equally, following the publication of the Stonewall School Report, we know that there is still a lot of work to be done to combat homophobia, biphobia and transphobia in UK schools. 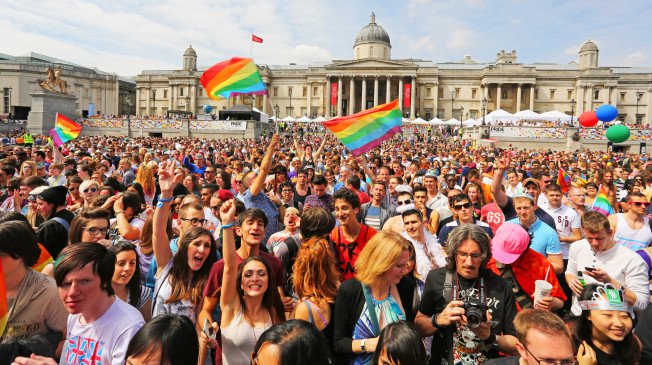 London Pride 2017 has reminded us once again of the importance of LGBT+ visibility. Pride is an opportunity to celebrate the progress that we have made as a community, from social policy changes, to medical advances in the treatment of HIV. That said, it’s also the time to reflect on the work that remains to be achieved. But leaving aside politics and current challenges that LGBT+ people face, Pride showed London, the UK and the world of the invaluable contribution that LGBT+ make, and will continue to make, to society each and every day.