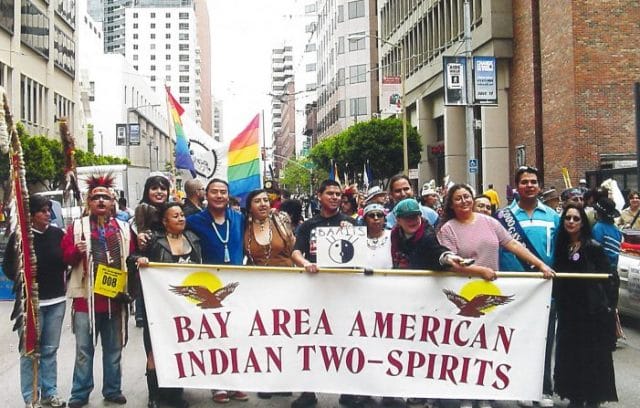 Two Spirit individuals are members of indigenous communities who are fluid with their gender and sexuality. There are several definitions of the word that differ between nations, but the term was adopted at the Intertribal Native American, First Nations, Gay and Lesbian conference in Winnipeg in 1991.

The Bay Area American Indian Two Spirit organization (BAAITS), which organizes the annual powwow, aims to “restore and recover the role of Two Spirit people within the American Indian/First Nations community by creating a forum for the spiritual, cultural and artistic expression.”

Harlan Pruden, a First Nations Cree activist, spoke to the BAAITS and said this ‘coming in’ process happens when an “Aboriginal person who is LGBTQ comes to understand their relationship, place, and value within their own family, community, culture, and history.”

Despite the rising awareness and support for indigenous culture, the Two-Spirit community has been excluded from this support as deep rooted behaviors of colonialism, assimilation, and isolation continue to persist.

Here are some photos of Two-Spirit indigenous expression and celebration throughout history: 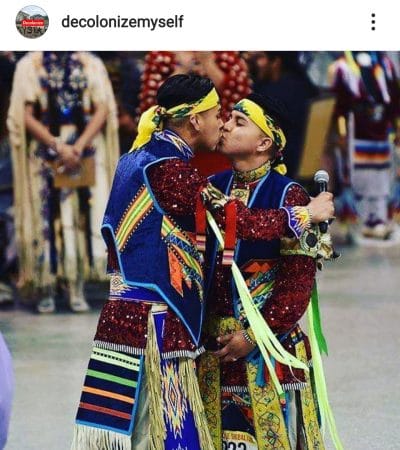 This couple is featured in The Sweetheart Dancers (2019), a movie about a Native American Two-Spirit couple, Sean and Adrian. Earleen Webster Gregg 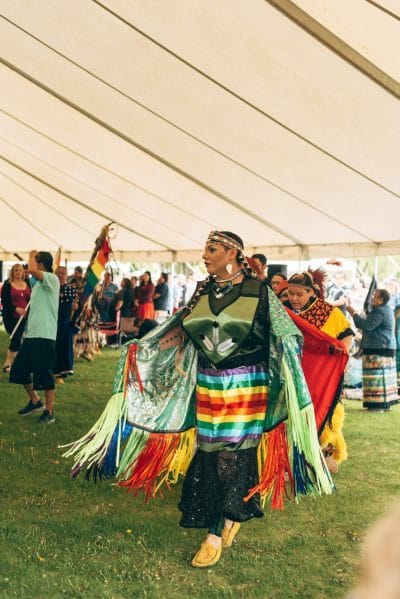 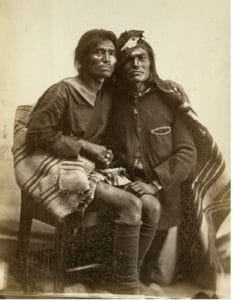 A Navajo two-spirit couple poses for a photo in 1866. This photo is showcased in the Museum of New Mexico. Bosque Redondo