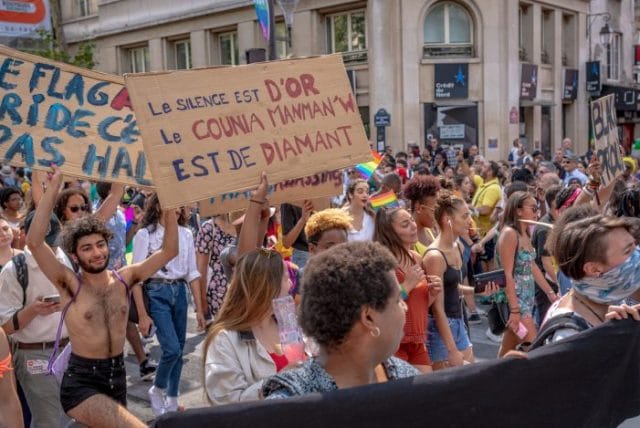 Although Paris didn’t start hosting Pride parades until 1979, queer culture has been recognized and documented in France dating back to the Middle Ages, according to twelfth century poet, Michael D. Sibalis.

During this time people were regularly convicted for same-sex activities. In the eighteenth century, historian Maurice Lever documented the rise of queer subcultures in Paris. He described this group as having “its own language, rules, codes, rivalries and clans.”

In the French aristocracy, there were several icons that were known to have same-sex relationships, such as Philippe I, Duke of Orléans and Louis Joseph de Bourbon, Duke of Vendôme.

As the queer community in Paris began to grow around the time of the French Revolution, sodomy was decriminalized in 1791 with the condition that same-sex relations were kept private.

This period of time also saw a rise in advocacy for lesbian and bisexual women, as represented in art, literature and theatre.  Liane de Pougy, one of Paris’s most renowned courtesans, published a novel called l’Idylle Saphique in 1901, about her romance with American playwright Nathalie Barney.

When Paris fell to Nazi forces during World War II, the French Government raised the age of sexual consent to 15 for heterosexuals and 21 for homosexuals. There were also fines and jail time – six months to three years – imposed to anyone who encountered in ‘unnatural’ homosexual acts with anyone under the legal age of sexual consent.

In the 1950s and 1960s, laws against ‘indecent morals’ or ‘indecent exposure’ paved the way for several acts of police violence against queer individuals. Cisgender males were also not allowed to preform in drag; they were prosecuted if they did.

In 1971, the Homosexual Revolutionary Action Front was created, following the rise of rise of feminism and the student and worker uprising in 1968. Continues advocacy from the Front encouraged many laws surrounding queer conduct to be changed.

Same-sex marriage in France was legalized in 2013, which provoked some anti-gay marriage demonstrations in the same year. However, studies show that the majority of French people support same-sex marriage.

Despite constant documentation for LGBTQ communities in France, there has been no shortage of hate crimes against queer people. In 2016, an annual report by SOS Homophobie stated that it received 1, 575 reports of homophobic acts that year. An increase of 20% from the previous year.

Today, an annual Pride Parade takes place in Paris from Tour Montparnasse and ends at Place de la Bastille. The parade has grown to become one of the most anticipated festivals of the year, gathering over 100 thousand participants at times. After the parade, Le Marais, a predominantly gay neighbourhood in France, holds parties to honor and celebrate queer culture in France.

Here are some photos from recent Paris Pride Parades: 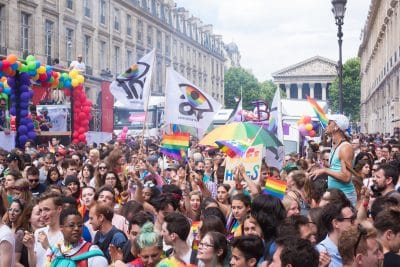 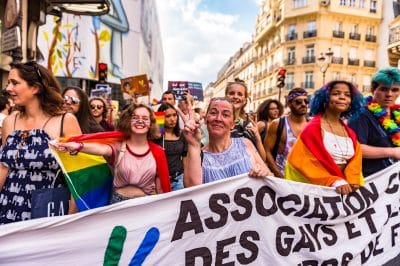