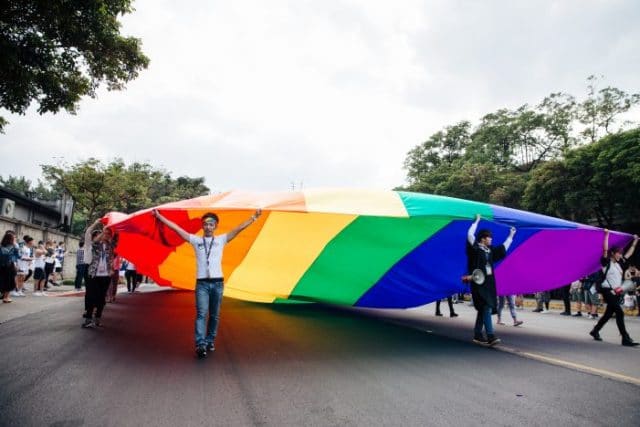 The first annual gay pride parade in Taipei, Taiwan was held in 2003, and attracted over 20 thousand people.

Ma Ying-jeou, who was the mayor at the time, gave a speech at the parade.

“Taipei, as an international city, should respect individuals of different groups and cultures,” he said. “The existence and respect of such communities is important to the diversity of a city.”

The parade is a social movement, with few advertisements and no identifications with corporations.

Unlike Pride parades in North America or Europe, Taiwan doesn’t close any streets for its parade. Instead, people crowd the sidewalks or the city.

The continuous advocacy for queer rights in Taiwan has led to several changes in the legal system, which helps to promote full equality for the LGBTQ community.

There is an opportunity for progression with laws around gender identity. People are legally allowed to change their gender, but they have to  undergo gender affirmation surgery.

Here are some photos from recent Pride Parades in Taipei: 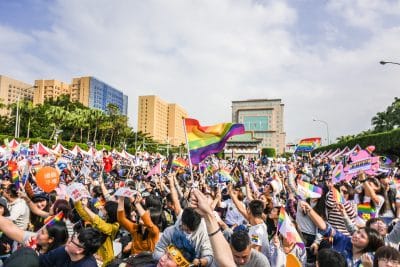 Thousands gather to advocate for LGBTQ rights in Taipei, 2016. Shutterstock 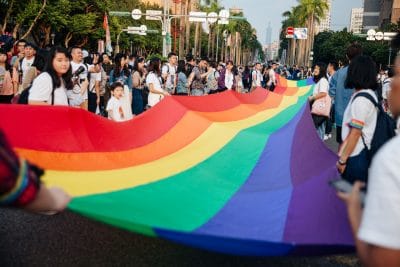 People carry a giant rainbow flag through the streets of Taipei for Pride. Shutterstock