Home Gay Life Pride in Pictures: The year after Stonewall, parades started happening across the... 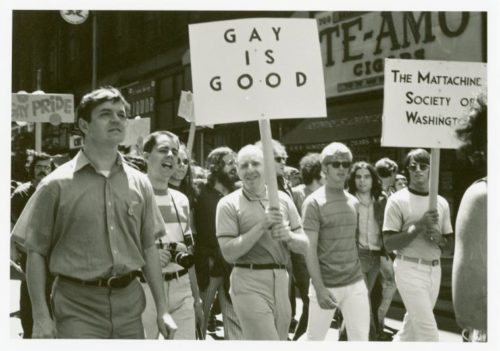 One year after the 1969 Stonewall Riots, 51 blocks of New York City were crowded with supporters of the LGBTQ movements. June 28, 1970 would forever mark the first pride parades.

The march stretched from west of Sixth Avenue at Waverly Place, in Greenwich Village, to Sheep’s Meadow in Central Park. Central Park housed both a protest and celebration. The parade had no music, no floats and no sponsors. It was a pure demonstration of political and social activism.

Chicago had their own parade the day before New York. Week-long celebrations including a dance, workshops and speakers marked the first anniversary of the Stonewall Riots. Roughly 150 people marched from Washington Square Park to the intersection of Michigan and Chicago avenues.

The LGBT community from Greater Los Angeles traveled to Hollywood Boulevard, showcasing their pride on the same day as the New York parade. The march needed a permit to take place, with the Christopher Street West Association receiving one after paying a $1.5 million bond. Los Angeles still takes pride in having the first supportive parade for LGBTQ rights by permit.

Today, Pride parades happen all over the world, commemorating the Stonewall Riots 50 years ago. Here are some pictures of the first pride parades in 1970: 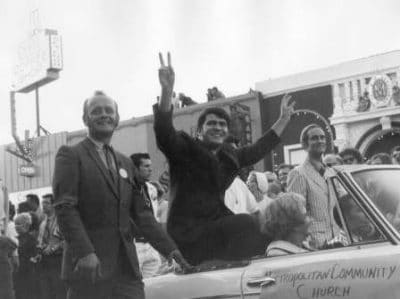 Sharing the peace sign is the Rev. Troy Perry, one of founders of Los Angeles’ first Pride parade, in 1970. Pat Rocco / ONE Archives Foundation 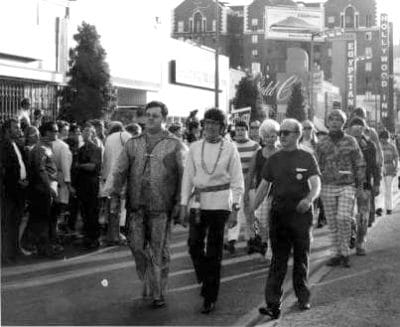 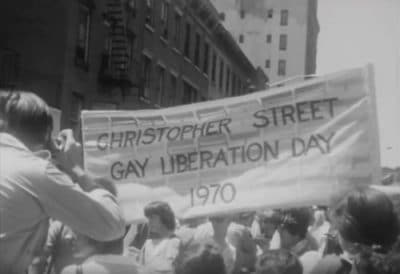