Home Gay Life Pride in Pictures: Toronto Pride is one of the largest in the... 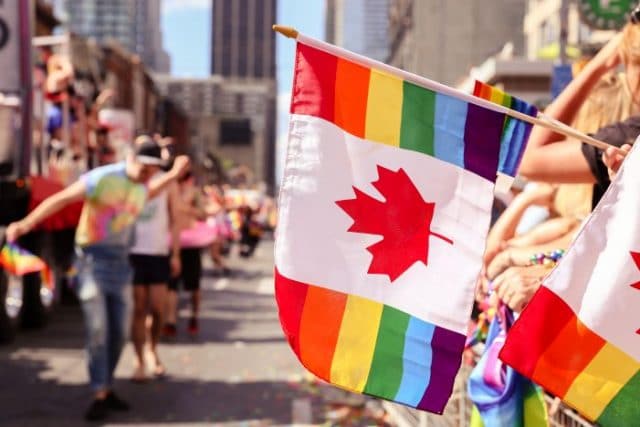 Toronto will celebrate its 44th annual Pride Parade come this June. Though Toronto celebrates the entire month of June, the parades take place in either the last weekend of June or the first weekend in July. It is one of the biggest Pride festivals in the world.

Toronto’s Pride parade began after the the Bathhouse Raids in 1981, where metropolitan police raided several gay bathhouses and arrested over three hundred men. It was the largest mass arrest in Canada since 1970 – until the 2006 Stanley Cup Playoffs in Edmonton.

In the past couple years, Toronto Pride parades have gathered crowds of a million people for Pride week events, and up to 100,000 people for the parade itself. World Pride was held in Toronto in 2014.

Toronto police have been barred from participating in the Pride parade for years in response to ongoing police harassment of people of color and the trans community. Police officers are still allowed to march in the parade, but they are not allowed to wear their uniforms.

Here are some photos from recent parades. 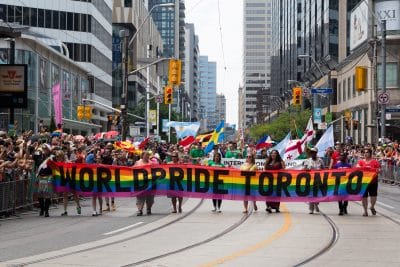 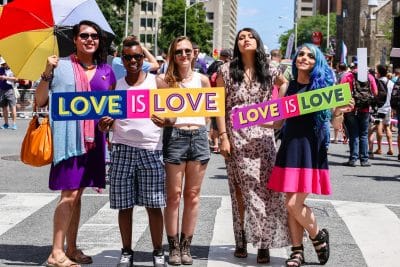 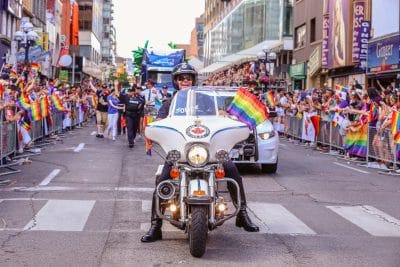 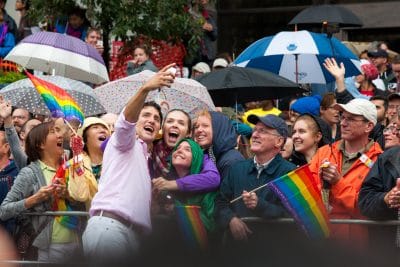 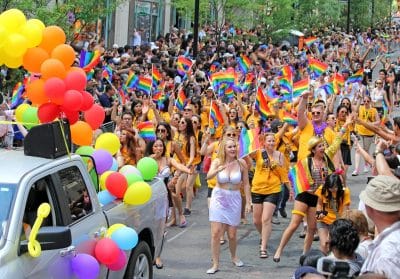 JULY 1: The parade the closing activity of the Toronto Pride Festival. Shutterstock 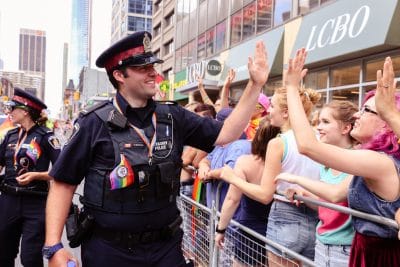