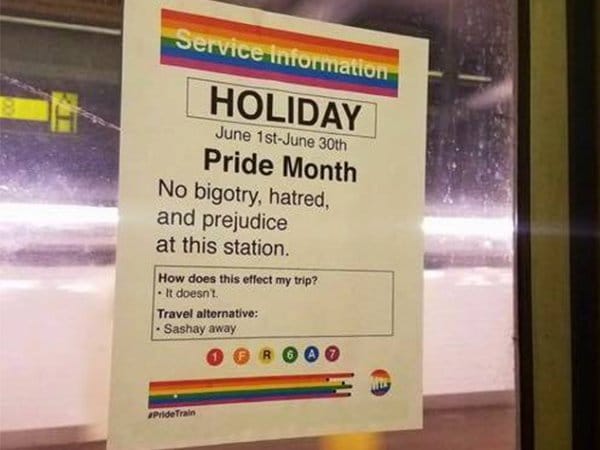 “There is no bigotry, hatred and prejudice at this station.”

New Yorkers have to deal with subway notices all the time, but they’re usually more frustrating then helpful. This week as May turned to June, Pride Train papered the MTA with some especially colorful Service Information posters, making riders aware that June was Pride month. Where it would usually say what subway lines would not be running the notices instead inform MTA riders that there is “no bigotry, hatred and prejudice at this station.”

Happy subway riders have been sharing their sightings of the notices on Twitter, proving that vigilante public safety and community care is doesn’t go unnoticed.

NYC is so extra (gay) I love it #PrideTrain ? pic.twitter.com/fngqlqHEMI