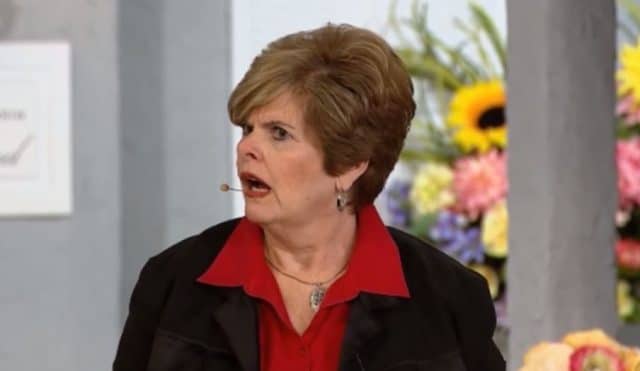 Christian “prophet” Cindy Jacobs appeared on “The Jim Bakker Show” on Monday to warn that conservative Christians could start a civil war if the U.S. Senate passes the Equality Act, a bill which would enshrine protections for LGBT Americans in federal law.

“We are are the voice preparing the way, and there does come a time, Jim, where things turn,” she said, speaking to host Jim Bakker. “You know, when suddenly the Lord say, ‘Okay, no more — I’m not gonna put up with this anymore.’”

“I said many years ago—and I took quite a lot of guff from the press about it—that we would even come to a place of civil war,” she said. “You try to take the Bible away and say that we cannot preach the gospel of the lord, Jesus Christ, there are millions of believers in America and I believe that would be the dumbest thing for them to do—because if they do that, or they pass this Equality Act, listen, there is going to be a shaking. There is going to be a shaking and Christians will rise up.”

Asked how Christians can support Trump when the things out of his mouth aren’t always so godly, Jacobs explained that Trump is “becoming more and more godly.”

“[Trump’s] wanting to restore the dignity and power to the church and not take the Bible away,” Bakker said. “We’re so close—they don’t get this — but we’re so close to the Bible being illegal.”

The panel agreed that Christians must pray for the president because Democrats are trying to outlaw the Bible.

“He listens to godly counsel,” Mike Jacobs interjected. “He far surpasses most [previous Republican presidents] in terms of the godly counsel he has around him, that he listens to … Who ever would have thought that we would have a president who so surrounds himself with godly counsel? There is a blessing that comes from that.”