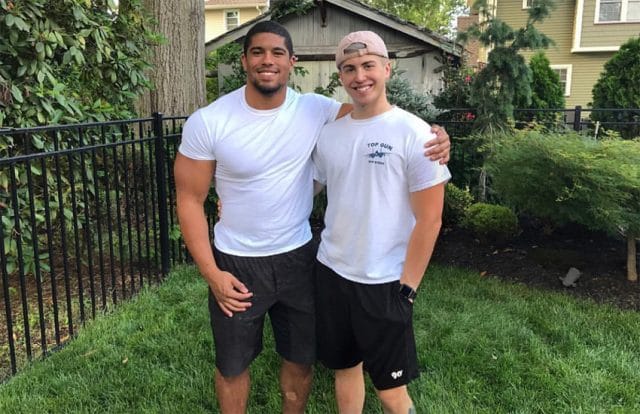 Pro US wrestler Anthony Bowens and his partner, fitness instructor and aspiring actor Michael Pavano, have opened up about how they met.

Bowens came out as bisexual via an op-ed on OutSports back in March. Since that time he has spoken out about stigma against bisexual people in the LGBT community.

In a video posted yesterday on Pavano’s YouTube channel, the couple say they want to answer some of the questions they receive. One of the common questions is ‘How did you meet?’

‘It’s far from fairytale,’ begins Bowens, 26, explaining that the first time they met in summer 2016, Pavano was in a relationship with someone else.

‘I was in the closet at the time and I was scanning through Instagram when I came across his profile.’

Bowens wavered over messaging Pavano but eventually did so. He sent him a direct messaged and they talked for a bit. When he did, he found out that Pavano was in an on-off relationship with another guy that he was finding challenging.

‘It was the last break that we took before we made it official that it was over,’ says Pavano. ‘And that’s when I met [Bowens] and was instantly attracted to him. I was just like “wow”. I even told my ex at the time that I was so attracted to him as soon as we got back together after that break.’

‘I was sitting at work and I got a message from this random dude that said “Yo”: very vague. So I messaged him back and he’s like,

“Hey, I think you know my boyfriend Michael.” I replied, “I have no idea what you’re talking about”, which I didn’t.

‘And he says, “Michael Pavano.” I’m like “Oh yeah. I’ve had two conversations with him. And he said, “Well, that’s my boyfriend and I would really like it if you didn’t message him anymore.”

‘So I deleted him [Pavano] and I deleted the ex.’ 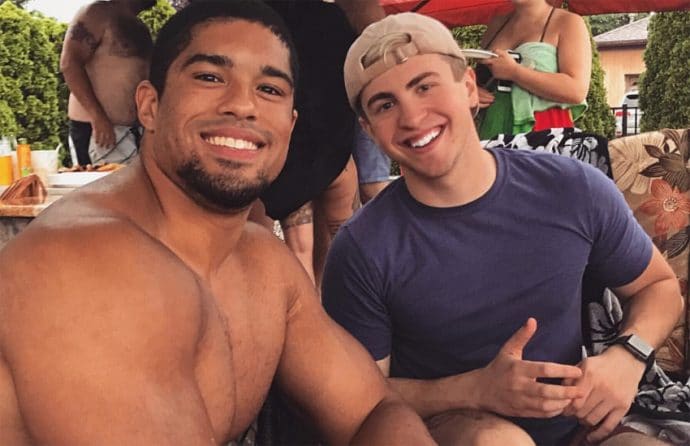 Bowens says it was about three months later that he heard again from Pavano, who sent him a friend request.

‘I was like, “Oh, this kid again. Should I delete him or should I accept?” But he was too cute, so I accept and we start talking.

‘He explained to me what happened and how he’s finally free.’

‘We met and we instantly clicked’

The two then met up, with Bowens texting Pavano on the day that happened to be his birthday. Pavaro said he was in a bar with two friends having a low-key celebration, and invited Bowens along
Bowens turned up, but was almost refused entry for wearing basketball shorts and a tank top.

‘He said it was outside, so I kinda wanted to show off a little bit, so I wore a short tank,’ replies Bowens, ‘which I didn’t realize that you can’t get in certain places that you have sleeves and no pants.’

However, he was able to gain entry: ‘We met and we instantly clicked,’ says Bowens. 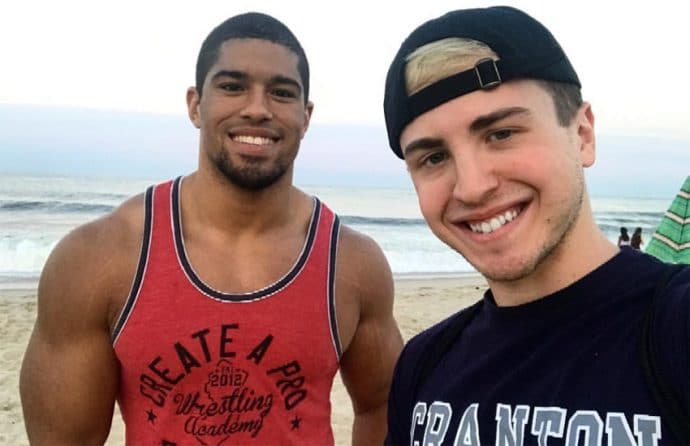 Pavano says a second date to the beach cemented things, with Pavano realizing that Bowens was a fun-living, impulsive guy and that they had a lot in common. The two played a game, asking random people which of them had the best American accent, with Pavano pretending to be Australian and Bowens pretending to be British.

‘That day I knew this is the guy that I can see myself with. He is so spontaneous, he’s so fun, he’s up for anything.’