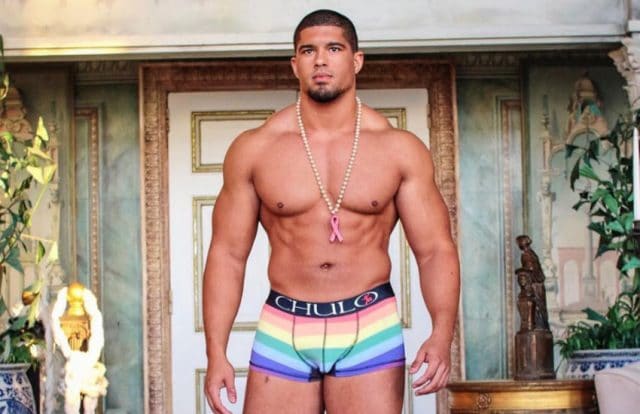 He opens up about stigma, wrestling and his boyfriend

Speaking to Party Foul Radio, he said: ‘You can date a dude — or marry a dude and be with him the rest of your life — and that doesn’t change the attraction. The stimulation doesn’t change.’

Bowens said he was ‘overwhelmed’ by the reaction he got after coming out. He said: ‘I woke up the next day and my phone was melting because of all the notifications.’

But he says the backlash against bisexuality was astounding: ‘That was the one thing I was surprised at.

‘When the [coming out] article did come out, I did kind of scan through the comments and I thought there would be more negativity around the stigma of me being a part of the LGBTI community. But the negativity came more from people debating and arguments over bisexuality and what it means to be bi or gay. 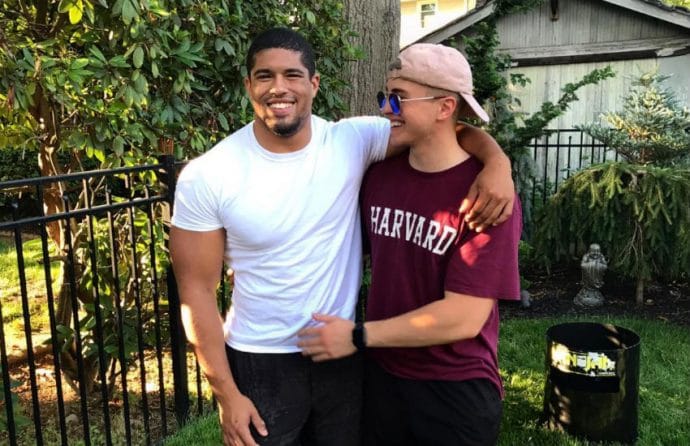 ‘This wasn’t the point of me coming out.

‘The point was it’s somebody new whose trying to help fight for everyone to try to gain equality. But in my opinion, you can be a man and still be bi and that doesn’t change the fact that you’re sexually turned on by a female,’ he said.

He said his boyfriend Michael Pavano helped him through a lot of tough times. They went public with their relationship at the start of this year and have been together for over a year now.

Anthony Bowens: ‘It’s the fear of the unknown’

Bowens thanked his friends and family for all of the support he received after he came out.

‘I’ve had a good support system from people around me,’ he said.

‘Parents are always going to worry about their kids.

‘I didn’t want her worrying about me. But they were very accepting of me,’ he said.

He said he’s always been attracted to both men and women: ‘If it wasn’t for wrestling, I probably would’ve come out a long time ago but I didn’t know how people would react.

‘It’s the fear of the unknown,’ he said. 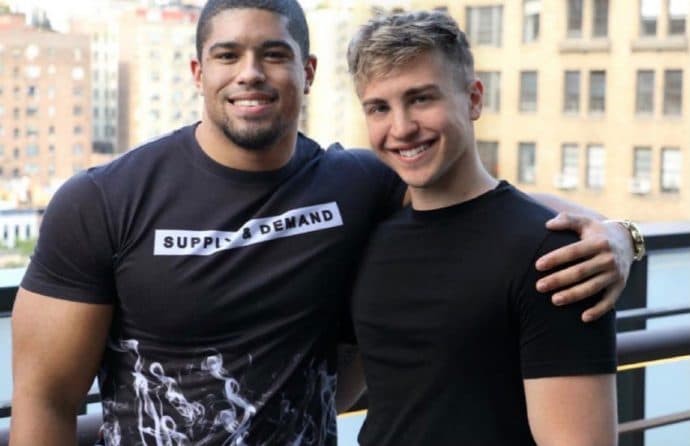 On the fear of coming out, he opened up about feeling vulnerable.

‘It did wear me down a lot. I like to consider myself an emotionally strong person,’ he said. ‘But I did have my moments where, if I was by myself, I would cry thinking about it.’

‘It’s definitely a relief to just be myself now and know that nothing has changed.

‘You can’t control what people think.

‘You never know what they’re going to think,’ he said.