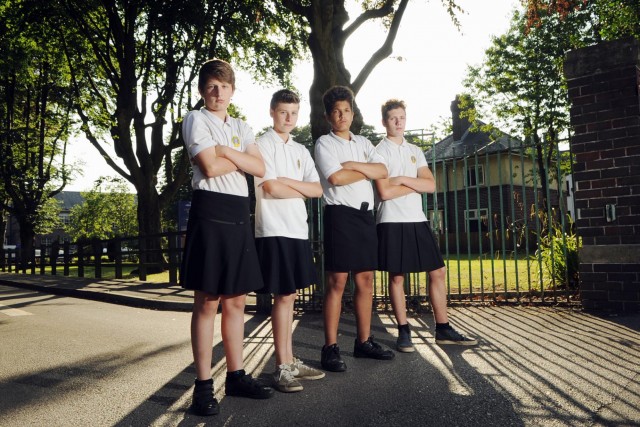 Puerto Rico has historically required its students to wear gender specific uniforms, something only seen in the private schools of the US.  The Puerto Rico Department of Education has traditionally deemed school uniforms as a basic imperative for its public school students.  The only exceptions to the rule would be those excused from donning school garb for medical reasons.

The Education Secretary Rafael Roman confirmed on record Monday that the uniform code which was a standard for this U.S. territory will now be lifted, and an LGBT-friendly dress code will take its place.  With the new rules, any student, of either gender, will be able to wear trousers or a skirt to school, without any penalty.  The new rule applies to all students, and it does not matter if they identify themselves as LGBT or not.

Roman signed this measure as a means to be more inclusive of gay, lesbian and transgender students.  In addition, he stressed that the staff of the school would not be allowed to punish any student for wearing either a skirt or pants.  He stated, “No student can be sanctioned for not opting to wear a particular piece of clothing.” Henceforth, a boy could wear a skirt, and a girl could wear trousers.

The decision has been praised by gay rights activists, but met with equal if not greater disdain from the right winged family and childhood values organization, Alerta Puerto Rico.  Their representatives stated that the government of Puerto Rico and the Department of Education were working against “what’s best for (their) children.”  Roman argued this issue by stating the parents still have the ultimate decision as to what their children will wear, as the parents purchase the uniforms.

Nonetheless, this measure is a big step for Puerto Rico’s LGBT community, and a step towards tolerance and equality.