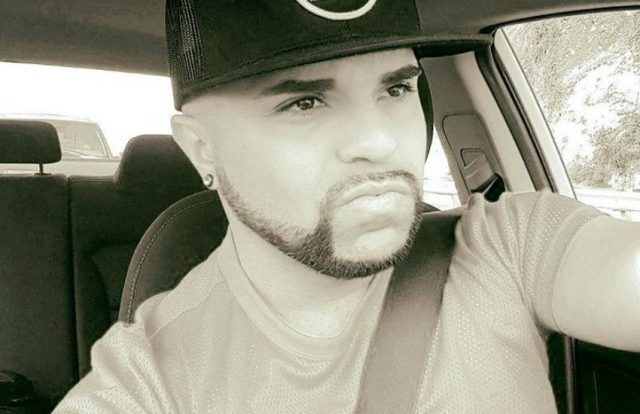 A survivor of the Pulse nightclub massacre says he has found Christ and is no longer gay.

After the tragedy that left 49 dead in an Orlando gay nightclub, Luis Javier Ruiz says God has taken him from his past.

He explained that going through pictures from the night of the shooting reminded him of his ‘struggles’. They included ‘perversion, heavy drinking to drown out everything and having promiscuous sex that led to HIV’.

Ruiz continued: ‘The enemy had its grip and now God has taken me from that moment and has given me Christ Jesus I’v grown to know his love in a deeper level.

‘in this picture 2 of out of 49 my close friend on right and in back of me are no longer with us they lost there [sic] life that night. I should of been number 50 but now I have the chance to live in relationship and not religion not just loving christ but being in love with christ and sharing his love I know who I am and I am not defined with who the enemy says I use to be but who christ Jesus says I am.’

Ruiz is attending the Freedom March in Washington, DC on 5 May.

The event is described as a day ‘celebrating freedom from homosexual/transgender lifestyles by the grace and power of Jesus Christ’.

Voice for the Voiceless, a group dedicated to defending ‘the rights of former homosexuals, individuals with unwanted same-sex attraction, and their families’, organizes the march.

Many people are commenting on Ruiz’s Facebook page in dismay.

However, several others are also praising Ruiz for turning to God.

The danger of conversion therapy

Conversion therapy is the practice of trying to change a person’s sexuality or gender identity, especially via religion. It is unclear if Ruiz faced a version of this.

However, nearly every medical association and organization condemns it. Many of them also believe it is actively harmful to people.

An increasing number of states in America are starting to ban the practice. Hawaii was the most recent.