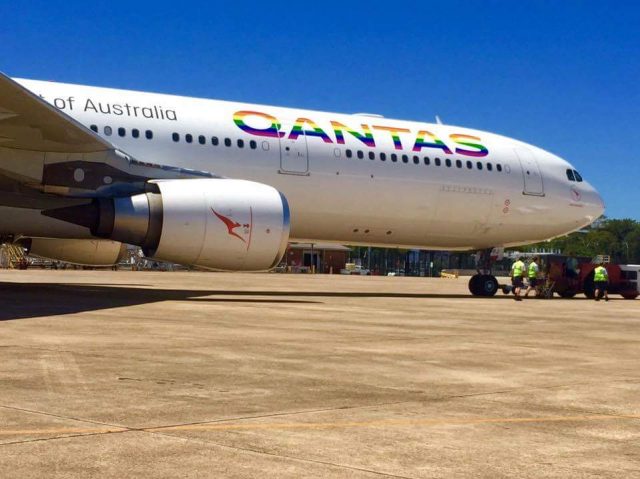 The Australian LGBT event kicks off this Friday.

Qantas Airways is showing its support for the LGBT community by painting one of its planes in rainbow colors in honor of this month’s 39th Annual Sydney Gay and Lesbian Mardi Gras.

Dubbed the “Rainbow Roo,” the plane features a rainbow flag on the tail and has the company’s name painted in rainbow colors along the side, as well.

Thank you @Qantas for the @sydneymardigras rainbow livery. Bravo! (please check the tail flag though – it's currently upside down) pic.twitter.com/NyhBLNMZum

Awesome #LGBTQ livery from #Qantas in time for Mardi Gras. A airline proud to fly the flag #rainbow pic.twitter.com/J8tmqvXHNJ

The theme for this year’s Mardi Gras celebration is “Creating Equality,” as Australia is still fighting for same-sex marriage to be made legal.

The two-week-long celebration kicks off February 17 and runs until March 5.