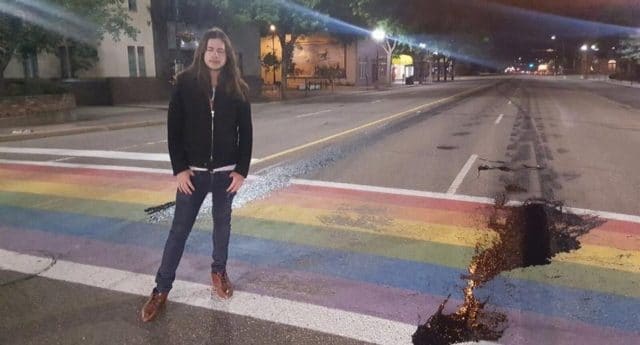 A rainbow and transgender crossing has been vandalised for the second time in a week.

The crossing, in Lethbridge, Canada, was vandalised on Monday and Thursday, less than a week after it was first painted. 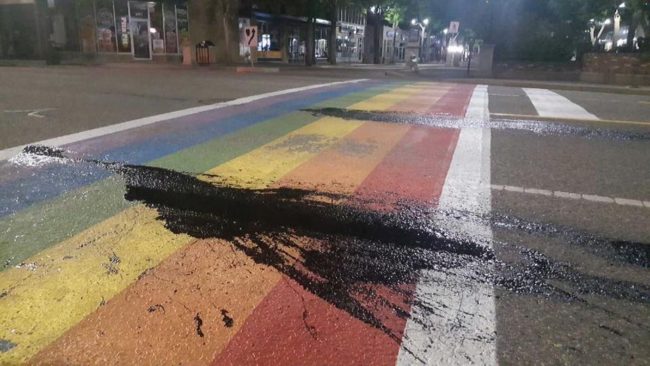 The city has told Lethbridge Pride members that the damage was done with tar and asphalt.

A criminal investigation is currently underway.

“These marks are blatantly deliberate, and nearly identical to a similar incident in Saskatoon earlier this month,” the festival said in a statement.

“This is a direct attack on the LGBTQ+ community and specifically the transgender community.

“However here at Lethbridge Pride Fest know this is the action of a few small minded, intolerant people.”

Lethbridge is the second Canadian city to have painted a transgender flag on a crossing after another Canadian city, Whitehorse. 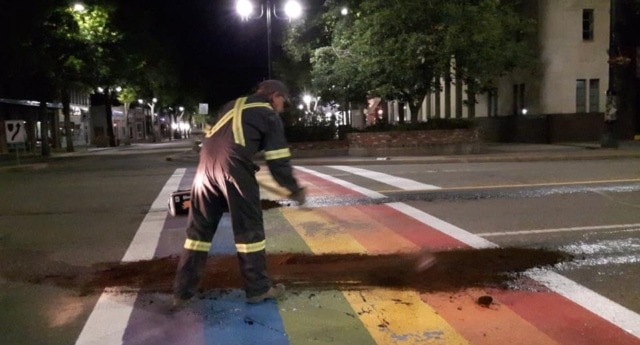 “We know that this incident does not define Lethbridge. We know that Lethbridge as a whole is inclusive, welcoming and supportive,” the festival added.

“This is obvious because shortly after we were informed of the vandalism, we were told by community members that a street sweeper vehicle was spotted driving up and down the block trying to wash away the marks before the morning.”

Lethbridge Pride Fest has also said that due to poor weather, some of the paint has washed off the crossing.

The City of Lethbridge has plans to touch the crossing up with some fresh paint before the cities pride parade on Saturday, June 24.

Other cities to have rainbow flag crossings painted include Brussels, London and even Key West in Florida which was given a permanent rainbow crossing.