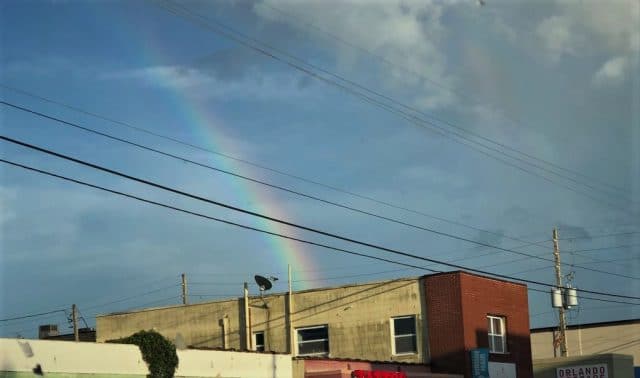 A rainbow emerged during the Pulse remembrance ceremony in Orlando, reports ClickOrlando.

“Just before we read this joint proclamation, it wouldn’t be a Pulse remembrance if we didn’t have a rainbow,” Orlando Mayor Buddy Dyer said.

Wednesday marked the three-year anniversary of the Pulse Nightclub shooting, where 49 people lost their life in Orlando.

The First United Methodist Church rang its bells 49 times at noon, in unison with other churches across the country to honor the victims.

Blood drives will be held the next two weeks across Central Florida to honor the victims, reports the news outlet.