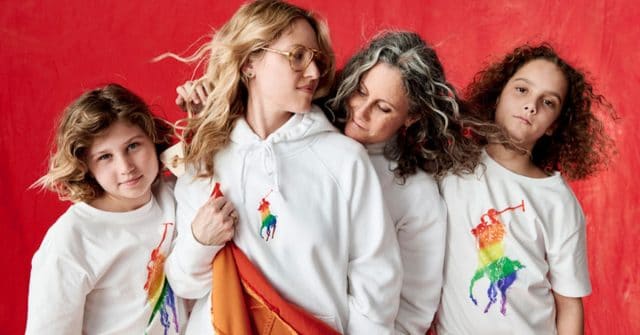 This Pride month is the 50th anniversary of the Stonewall riots of 1969, and the collection will raise money for the Stonewall Community Foundation, which supports a network of LGBT+ organisations.

The collection includes T-shirts, hoodies and hats, all gender-neutral and featuring the classic Ralph Lauren Polo pony in rainbow stripes.

The photos for the campaign were taken by lesbian photographer Cass Bird and modelled by members of the queer community.

Underwood continued: “The movement embodies an expression of spirit that is also very Ralph Lauren. ‘Be anything you want to be,’ as Mr. Lauren has said. ‘And be many things.’ This collection, and the flag that inspired it, demonstrates just how many things a person can be.”

Ralph Lauren has a history of supporting the LGBT+ community. The brand has sponsored AIDS Walk New York since 1990 and has also partnered with organisations like the Elton John AIDS Foundation, amfAR, and Harvey Milk High School in New York.

The brand featured a same-sex couple in an advert for the first time in March 2019.