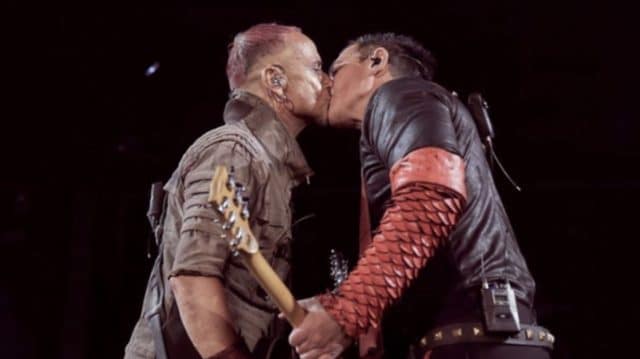 Two members of the German heavy-metal band Rammstein defied Russia’s anti-LGBTQ policies by sharing a kiss during a concert in Moscow on Tuesday.

“Russia, we love you,” the band wrote in an Instagram post accompanied by an image of the musicians’ kiss.

The kiss was widely praised for its defiance of Russia’s so-called “gay propaganda” law, which prohibits “the promotion of non-traditional sexual relationships” to youth.

The European Court of Human Rights said in a statement at the time that the policy “reinforced stigma and prejudice and encouraged homophobia, which was incompatible with the values of a democratic society.”