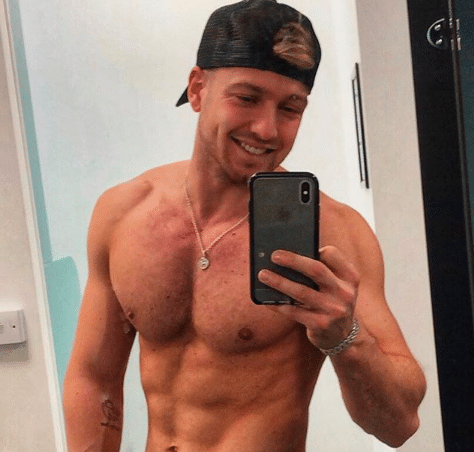 British reality star Sam Thompson has issued an apology for insensitive tweets he wrote early in his career that have recently resurfaced.

“I was wrong to use language like that,” the 26-year-old reality star said of the tweets in which he used the word “gay” as a pejorative.

“I’ve grown up a lot since 2013 and would now never be so careless with my choice of words. As a society, we’ve also come a long way, and I think we’re now more aware of the power of the words we use.”

Thompson, who has also appeared on Celebrity Big Brother and Celebrities Go Dating, had a reputation for branding other celebrities or anything he thought stupid as “gay” via Twitter. 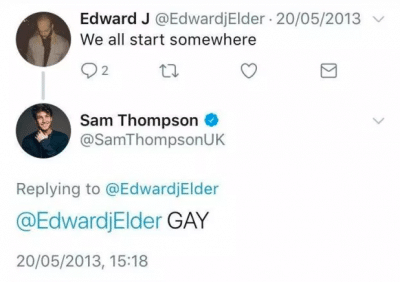 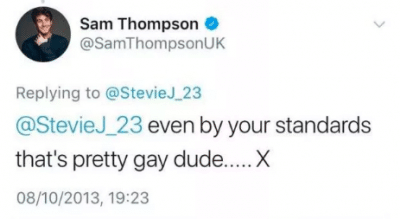 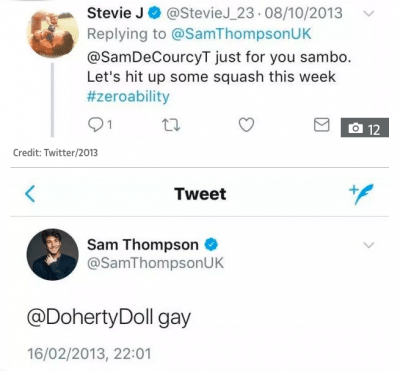 Made in Chelsea focuses on the lives of wealthy young people living in London and their on-camera jackassery. Thompson appeared on the show for 10 seasons.