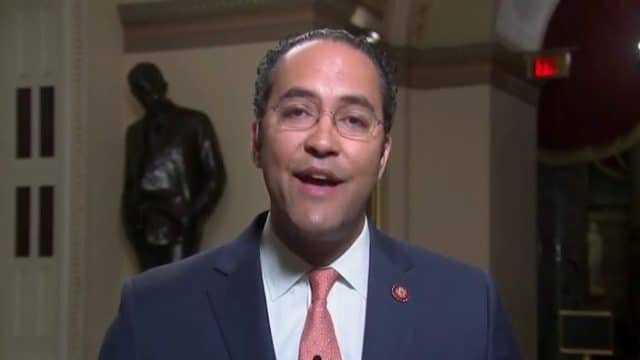 At a recent event organized by the Log Cabin Republicans, U.S. House Representative Will Hurd of Texas — the only African-American Republican House member — warned his fellow Republicans, “Don’t be an a–hole. Don’t be a racist. Don’t be a misogynist, right? Don’t be a homophobe.”

The Washington Blade reports that the event, billed as a bipartisan meeting, included elected Democrat and GOP officials who met in the Chastleton Apartments ballroom.

Among the speakers, Hurd laid down his views in plain-speak:

“Many of my colleagues don’t [know]… If you’re at least the age of 40 in most places across this country you have to whisper that you’re a Republican. This is a party that is shrinking. The party is not growing in some of the largest parts of our country.”

“Why is that? I’ll tell you. It’s real simple,” said Hurd. “Don’t be an asshole. Don’t be a racist. Don’t be a misogynist, right? Don’t be a homophobe. These are real basic things that we all should learn when we were in kindergarten.”

Despite being from Texas, a stereotypically conservative red state, Hurd has vocally opposed Trump’s cruel treatment of immigrants at the southern border and is one of the eight House Republicans who voted for the pro-LGBTQ Equality Act earlier this year. The Act passed in the House with unanimous Democratic support but will almost certainly die in the Republican-led Senate.

While the Log Cabin Republicans have long been derided for supporting a political party and candidates that have consistently worked against LGBTQ rights, Hurd still praised the group.

He said, “And you all have been toiling and fighting for a very long time. You all have had a difficult fight not only in our country but in our party. And so I just thank you for sticking to it. Thank you for caring about our principles. Thank you for being an example for so many other people.”