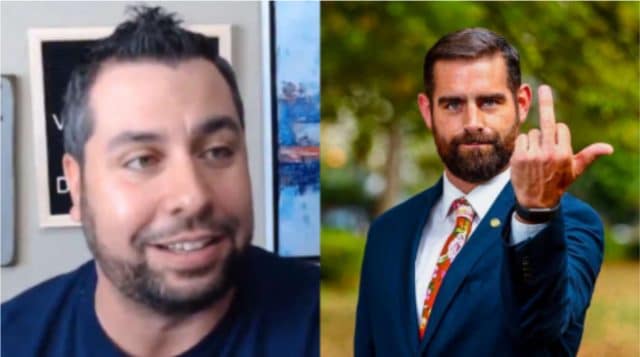 Brenden Dilley has a bizarre request, but Brian Sims isn’t even rising to it

In a new video, Dilley said he doesn’t think the Pennsylvania State Representative is gay and only says he is so he can call critics a ‘bigot’ if they disagree with him.

‘Brian Sims,’ Dilley said. ‘Are you guys ready? This dude’s not fucking gay.’

The host of The Dilley Show then continued: ‘Sims doesn’t like the dick.’

‘Sims pretends to be gay because it provides coverage for his behavior. He knows that anybody who goes against him can be accused of being called a bigot.

‘I don’t think he’s gay and I think we need to prove it,’ Brenden Dilley said. ‘We should fucking demand to see him suck a dick… suck a dick, dude. A gay guy would do it.’

MAGA activist Brenden Dilley insists that Pennsylvania state Rep. Brian Sims is not really gay and challenges him to "suck a dick" to prove otherwise. pic.twitter.com/qq6YLhAaJA

Sims is yet to respond to the accusation. Gay Star News reached out to Brian Sims for comment.

Sims became the first openly gay member of the Pennsylvania General Assembly during the election in 2012.

He is a staunch advocate for LGBTI rights, as well as women’s rights. He is also a self-described ‘RuPaul’s Drag Race fanatic and Little Mermaid enthusiast’, according to his Twitter account. 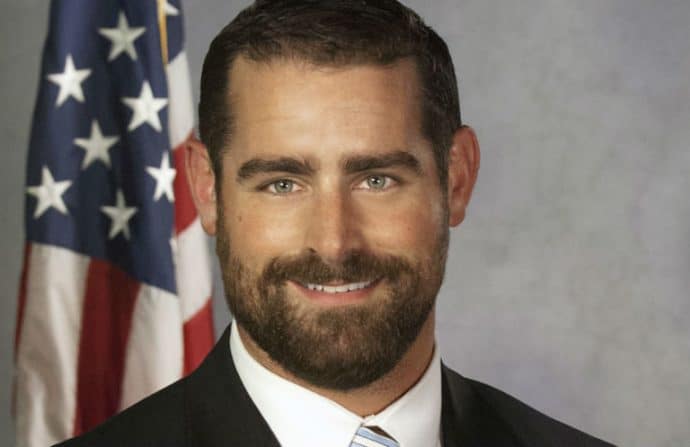 Just last week, Sims made headlines for a confrontation he had with pro-life protestors.

Sims posted a video of himself approaching the protesters last week on Periscope.

Lila Rose, the president and founder of Live Action, an anti-abortion organization known for publishing biased undercover sting operation videos against Planned Parenthood, posted another portion of the video on her own Twitter.

After some backlash from right-wing media and politicians, Sims responded: ‘Bring it, Bible Bullies! You are bigots, sexists, and misogynists and I see right through your fake morals and your broken values. #BeReal’