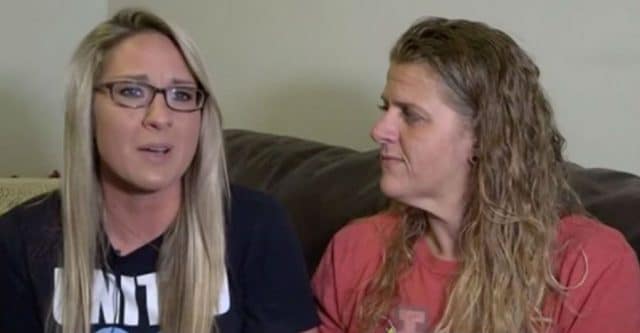 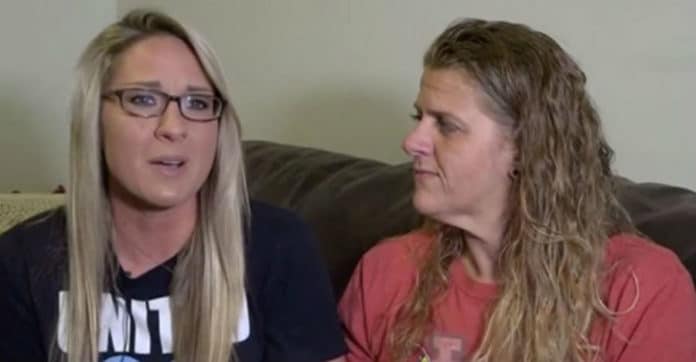 A lesbian couple from Missouri claims that an Italian restaurant refused to host their wedding rehearsal dinner after realizing that they’re lesbian.

Mindy Rackley and Kendall Brown are a couple from St. Louis who had hoped to have their wedding rehearsal dinner at Madison’s Cafe in O’Fallon.

However, the owner of the restaurant allegedly canceled the dinner when he found out that the dinner was for a lesbian wedding, as Rackley wrote in her Facebook post.

Check out what she shared: 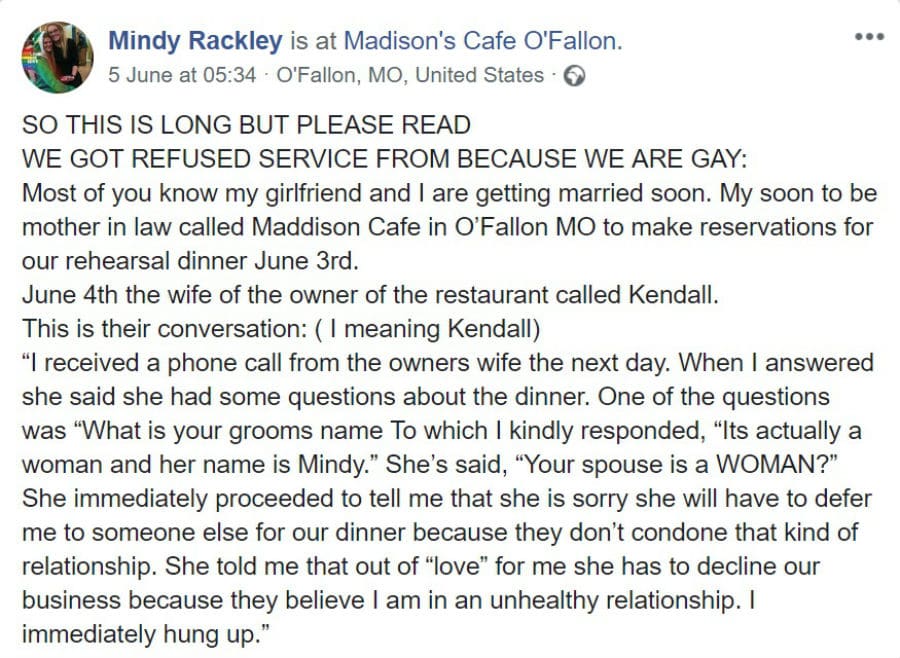 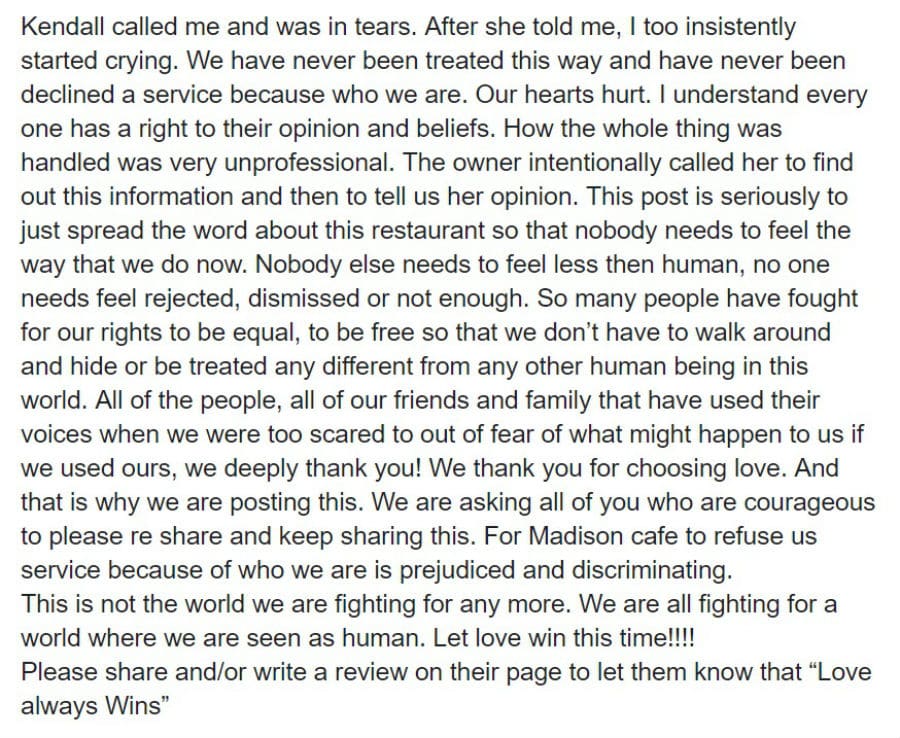 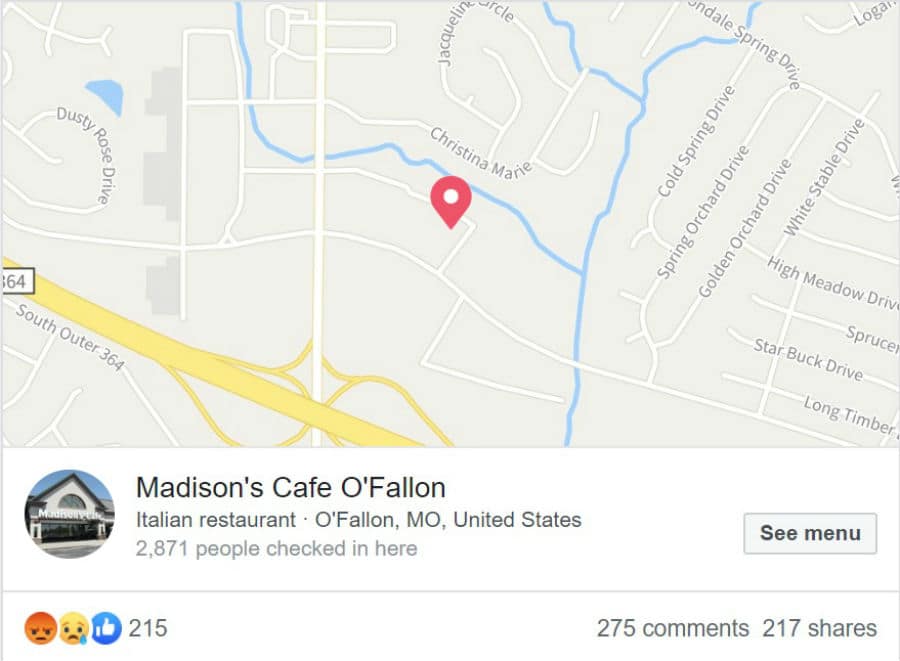 The restaurant even updated their website recently with a statement portraying their faith-based business.

They wrote that they believe the Bible teaches that the only true and appropriate marriage is the union of one man and one woman and that other types of marriage are ‘immoral’.
However, according to Missouri’s LGBTQ advocacy organization PROMO, even though Missouri’s Human Rights Act prohibits discrimination of many kinds, it doesn’t explicitly offer protections against cases like this.

Thankfully, people took matters into their own hands and began to flood the restaurant’s Yelp account with negative reviews.