Many people feel that after Arkansas passed the Religious Freedom Restoration Act, it would make it easier for businesses to turn away LGBTQ customers in the name of “religious freedom”, just like in Indiana.

So, the owners of a restaurant called The Cork & Keg, which has only been open about seven weeks after Arkansas passed the bill, Mike Carron, his wife Virginia, and their son Jaron, felt that this bill could easily lead to discrimination in their state – and they couldn’t let that stand.

They said that many who discriminate against the LGBTQ community, including some of the legislators that voted that bill, say that being gay is a choice. The family doesn’t believe in that, but they believe that discrimination in any form is a choice. So, they decided to post this sign on their window: 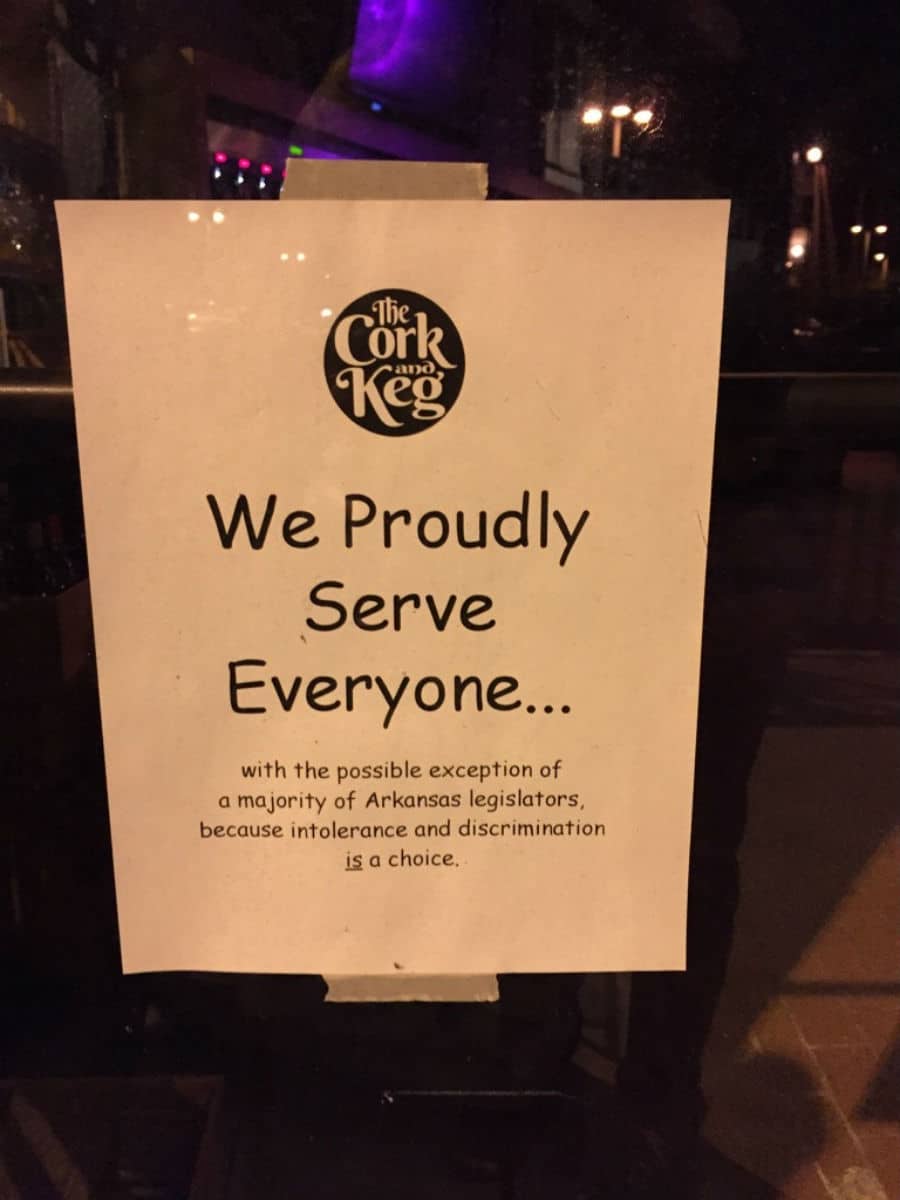 Carron said, however, that the sign is more of a tongue-in-cheek, but the Arkansas new law isn’t. They would still serve anyone in their restaurant, and their sign is more than a statement about being LGBTQ friendly. It’s a recognition of the worth and dignity of all people, and discrimination and intolerance against any segment of society is to the detriment of all.