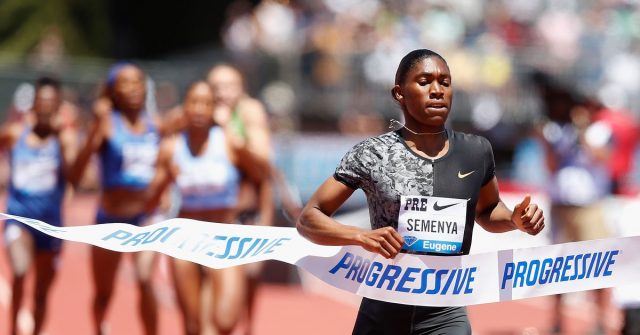 A ruling by Switzerland’s highest court means Caster Semenya of South Africa is barred from competing in her signature event, the 800m, later this summer at the 2019 World Championships.

The Swiss Supreme Court reversed its temporary suspension of a new policy by the International Association of Athletics Federations that required Semenya to undergo hormone treatment for six months prior to any event, to lower her natural level of testosterone.

The South African world champion sprinter has dominated in the 800m, winning the event in the 2009, 2011, and 2017 World Championships as well as in the 2012 and 2016 Olympics. That impressive record made her a target of international track and field officials, who argue that her naturally high level of testosterone makes it unfair for her to compete against other women without medical intervention.

Under the current policy of the IAAF, women with testosterone levels of 5 nanomoles per liter or above are not permitted to compete in events between 400 meters and a mile. The only way for Semenya to compete is to agree to take hormone-suppressing drugs and reduce her testosterone levels to below 5 nanomoles per liter for six months prior to any major international competition. The Swiss court upheld that policy Tuesday, effectively mandating that runners like Semenya must agree to be drugged to be able to compete like any other woman athlete.

For her part, Semenya expressed regret she would not be able to defend her title, but did not give any indication she is quitting her fight.

“I am very disappointed to be kept from defending my hard-earned title,” Semenya said in a statement, “but this will not deter me from continuing my fight for the human rights of all the female athletes concerned.”

First chapter of my life done, looking forward to my second chapter.

And to her detractors celebrating the decision, Semenya has this message: