Home Gay Stars Ricky Martin: I want my kids to be gay 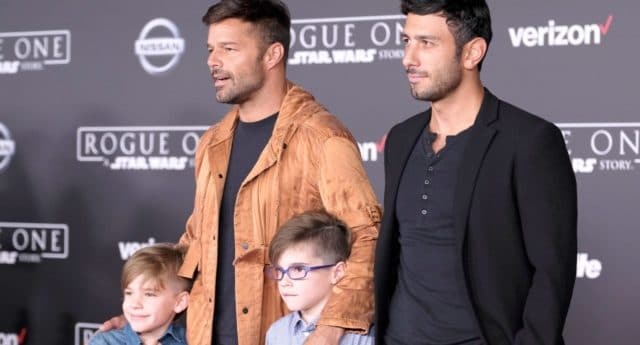 Ricky Martin has said he hopes his children are gay.

The singer and actor came out after becoming a father to his twin sons, Matteo and Valentino, in 2008.

He has said their birth was a turning point, telling The Daily Show‘s host, Trevor Noah, earlier this year: “I had my kids, and then I said: ‘I have to come out – I mean, am I going to lie to these beautiful kids?’ 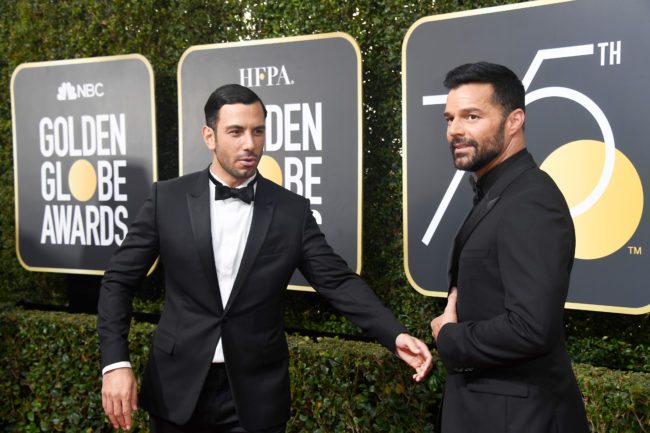 And in a new interview with ABC, Ricky has said that being gay makes him “stronger,” and that he hopes his children will be too.

The 46-year-old, who starred in The Assassination of Gianni Versace: American Crime Story this year, said: “I don’t know, my kids are too young, but I wish they were gay. 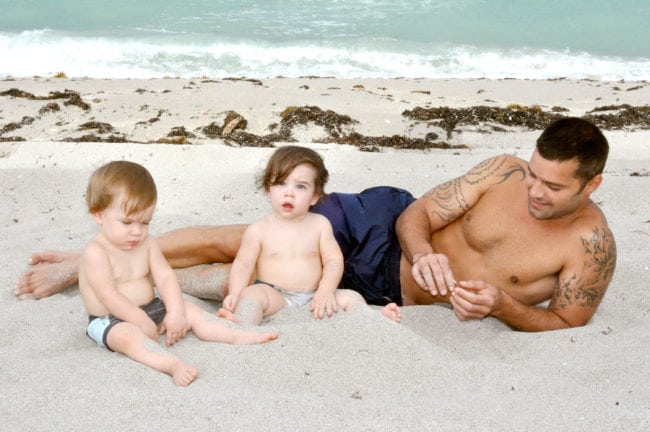 “It is a very special thing. The sensitivity, the way I see now, that I don’t have to hide in any way shape or form.

“I see colours. And then you see the rainbow. I understand why the symbol is the rainbow,” he added.

“It’s just real. Eveything is tangible. It makes me a stronger person.’

Ricky encouraged those hiding their sexuality or gender identity to accept themselves and come out to others, recalling how positive it was for him to take that step in 2010. 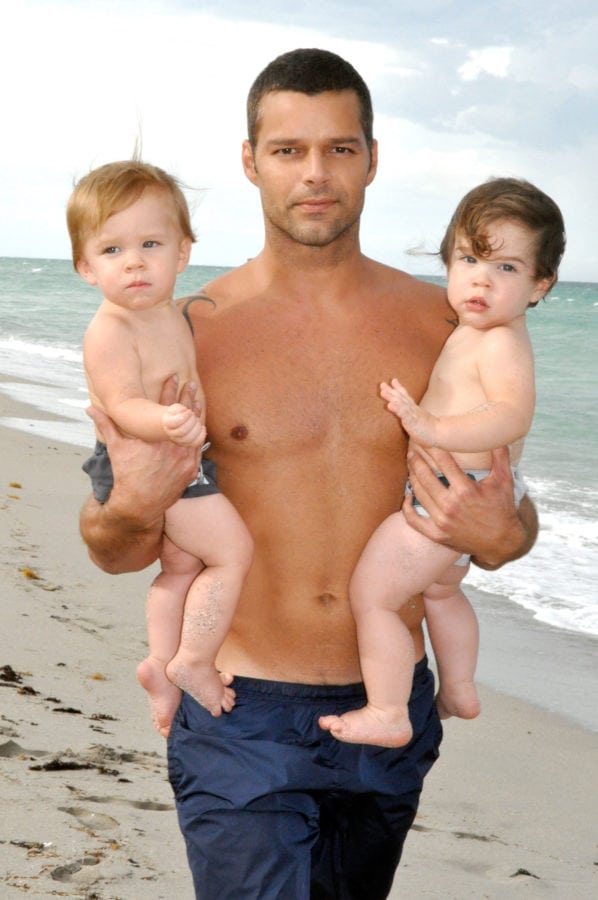 “I always say this, I wish I could come out again,” he said. “Because it felt amazing. That moment when I wrote the letter and I posted it on Twitter, and I pressed send.

“The freedom, the feeling of liberation was so powerful, that’s what I mean by saying I wish I could come out again because it just felt amazing.

“So it’s an important thing to do.” 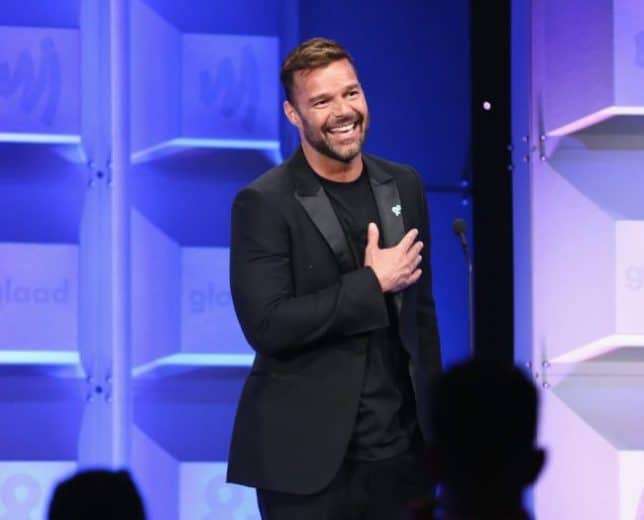 Earlier this year, Ricky revealed that friends had told him not to reveal his sexuality, for fear that it would destroy his career.

He said that it had been a long, excruciating process.

“It took me a while, it took me – look, I was surrounded by friends who were telling me: “Don’t! Don’t come out; that will be the end of your career,’” he said. 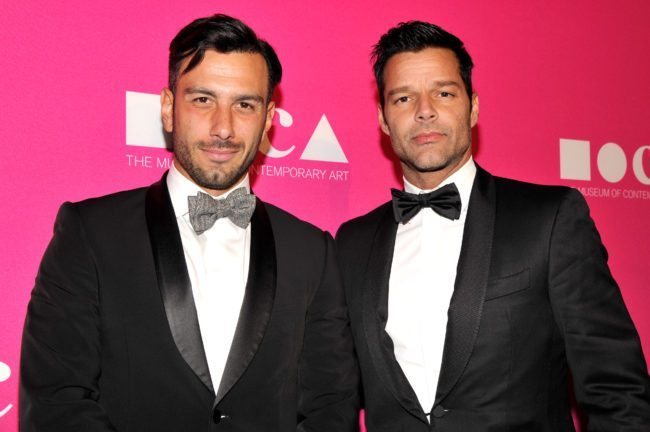 “And if you add to that the fact that I was like, a heartthrob, a sex symbol… everybody was telling me: ‘It’s going to be the end of your career.’”

The wedding was kept secret from the public, only being revealed when a reporter on the red carpet asked Ricky about it.

The Puerto Rican star spoke out about open relationships following his role in The Assassination of Gianni Versace: American Crime Story as Versace’s partner Antonio D’Amico. 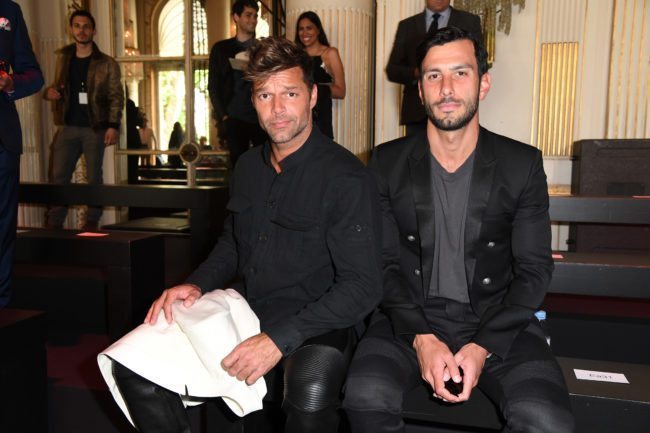 The pair were together for 15 years, in an open relationship, which Ricky said he wanted to help “normalise.”

“It’s good for the world; it’s good for me as a gay man with kids,” he continued. “It’s important that we shed some light on power couples like this.” 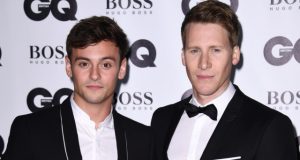 Dustin Lance Black has a great response to radio caller who...

Nick Gayer
0
Milk screenwriter Dustin Lance Black, who is having a baby via surrogate with husband Tom Daley, had a great response when a radio caller... 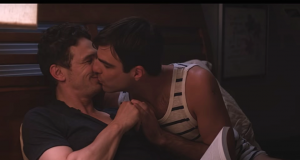 James Franco’s latest gay turn in “I Am Michael” finally gets... 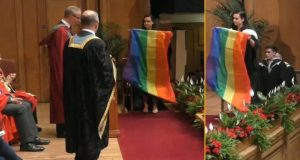 Nick Gayer
0
For Northern Irish student Ciara Cinnamond, it was an excruciating dilemma. At the same time the 23-year-old was graduating from Queen’s University Belfast this weekend,...