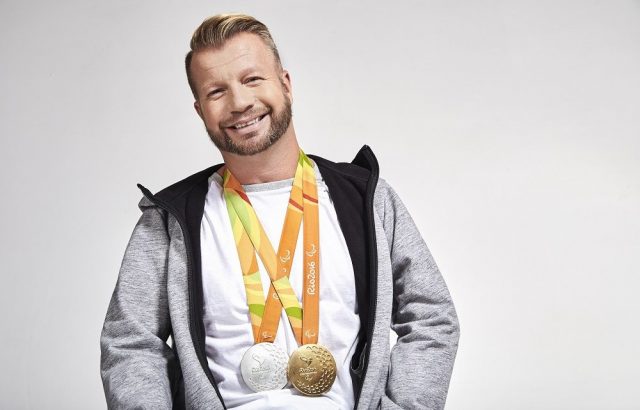 This summer’s Olympic and Paralympic games showed the world how relatively progressive athletics is when it comes to sexuality, with more out and proud athletes competing than ever before.

Equestrian Lee Pearson, who trotted his way to a silver medal at Rio, was one of nine openly LGBT Paralympians competing at the games, and in Attitude’s January issue – available to download and in shops now, the 42-year-old reveals how horse dressage has embraced the rainbow.

“Dressage is a bit like hairdressing, it’s ‘spot the straight bloke in dressage’, he jokes. “In fact, one of my mates is straight and he set up a club called SMID, which was Straight Men in Dressage!

He adds: “I’m quite lucky that I’m in a sport that’s very accepting of different kinds of sexuality”.

With two Olympic Games under his belt, Lee’s become a disability and LGBT role model – a responsibility he’s learned to embraced.

“If you think that 20 years ago, nobody would probably want to speak to somebody, particularly with a disability, never mind being a role model, and I think you could continue that with sexuality,” he says.

“I’ve had emails over the years; one in particular where a gentleman emailed me and said: ‘Just seeing you do what you do has stopped me committing suicide’, and that is a really, really powerful message to receive.”

Read the full interview with Lee in Attitude’s January issue, available to download and in shops now. Available internationally from newsstand.co.uk/attitude.