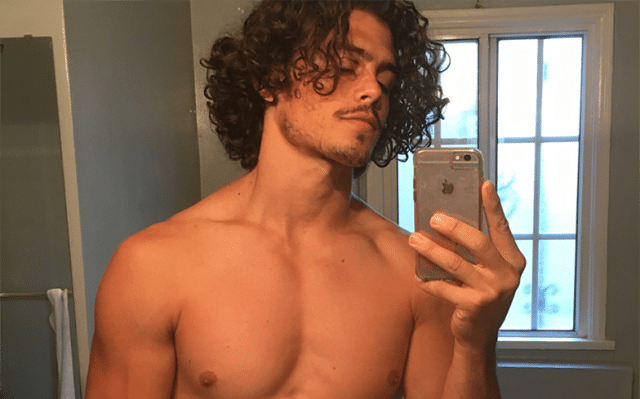 Riverdale star Tommy Martinez has opened up about his sexuality.
The American actor – who plays recurring character Malachai on the popular teen show – is now starring in the Freeform series, Good Trouble, a spin-off from the critically-acclaimed LGBTQ family drama The Fosters.

On the show, he portrays graphic designer Gael Martinez, who identifies as bisexual. During a panel discussion for the show in Los Angeles, Martinez said he resonates with his character because he previously had an “experience with a man”.

“With his sexuality, in the places I grew up in, it was something that was never talked about, nor was it ever challenged,” he said. “I know plenty of people from my high school that are gay but are still not out to this day.”

He continued: “I had an experience with a man maybe 10 years ago and this is the first time that I’m saying that publicly.

“Throughout that whole time, I felt like I was put into the shadows, because the way that my community was, the way that they spoke about [LGBTQ people], [the] Hispanic community, it’s not only just them, but they are very religious and strict on what they believe it, but same with many other people in the world and here in America.”

It’s a strange feeling, and a feeling I can’t seem to put into words. I started a new life in California two years ago, in deep pursuit of an idea that I became viciously obsessed with. I lead this intention and idea with love, determination, and complete truthfulness. Since the day I found it, the hunger has grown exponentially. Today, I’ve been given certain opportunities that merely gives me a taste of what’s to come. I’m in the place where I need to be, with the right strength and heart…this is my life, and I will give everything to it. Big or small, it all begins with an idea that you put into the material world. With how I’ve said before, if the love is genuine and true…the only thing holding you back is yourself. Dream on. #Onward

Martinez said he had nobody to talk to about his own experiences because of their negative views of homosexuality.

“And I kept that inside the whole time until now,” he continued further. “And to have this opportunity to portray this character and this community, I felt, especially in front of you wonderful people, I felt maybe this is the best place to express that.

“And so I saw myself completely in Gael’s shoes. And so when I got that audition notice and dove deeper into the character, I just felt right with it.”

According to The Advocate, “the room erupted in applause of support when Martinez finished his story.”

Earlier this month, Good Trouble was renewed for a second season. You can watch its debut season every Tuesday on Freeform.