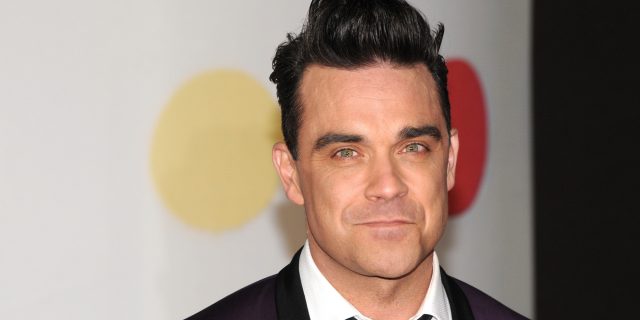 Hands up if you’ve ever had a crush on Robbie Williams. Those three people sitting across from you on the tube who just put their hands up definitely did, along with the rest of the world.

Robbie Williams has been a sex symbol for well over two decades now. The 42-year-old burst into our hearts in 1990 with his boy band, Take That and ever since then we’ve been fantasising about all the naughty things we’d do to him.

Robbie Williams: ‘I am 49% gay because I love musical theatre’, but not sex with men.

In a new interview with Attitude magazine, Williams has admitted that he once thought he was gay.

Have you downloaded our tablet version of the December issue? Complete with your own moving Robbie Williams? Download it now!

“I was raised in a society where gay was the thing you levelled at somebody you wanted to hurt the most. So then being exposed to this world that I loved being a part of… I took my first ecstasy at a gay club… had the most incredible time. I thought: ‘Why have I lived like that when I could live like this forever?’ And I tried doing that, which led me to AA,” Williams told Attitude magazine.

Robbie Williams: ‘I’m a straight person pretending to be gay’ Williams recently made history as the biggest British artist in UK chart history after dropping his 12th number one album recently.