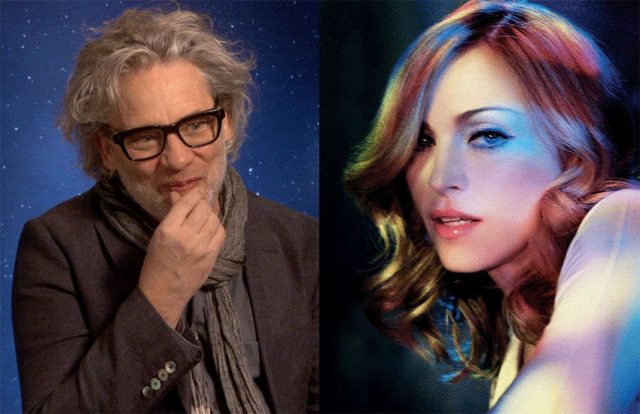 Director Dexter Fletcher has said he would be up for shooting a film about Madonna’s life.

Of course, the filmmaker already has a track record for rock biopics.

As well as this month’s Rocketman, which details the life of Elton John, he directed part of last year’s blockbuster Queen/Freddie Mercury picture, Bohemian Rhapsody.

We spoke to Dexter last month ahead of the London premiere of Rocketman earlier this month, and asked him: ‘Would you consider a return to the rock biopic genre – and would you please do Madonna or Cher’?

Dexter replied: ‘I’d do Madonna! That sounds like a real rollercoaster ride! It would be extraordinary.’

Asked if thought of a film on the Material Girl’s life had occurred to him before, he said: ‘No… no it hasn’t. I don’t know how happy she’d be about that [idea]… But what an extraordinary life that would be.

‘If I was to tackle any other icon like that, it would be her. She’s extraordinary.’

Repots circulated in 2017 that a Universal biopic of Madonna called Blonde Ambition was in the works.

Madonna, who returns in 2019 with new album Madame X, seemingly the rumors on Instagram at the time.

She wrote: ‘Nobody knows what I know and what I have seen. Only I can tell my story. Anyone else who tries is a charlatan and a fool. Looking for instant gratification without doing the work. This is a disease in our society.’

Rocketman is out now in UK cinemas and hits US screens on Friday 31 May.