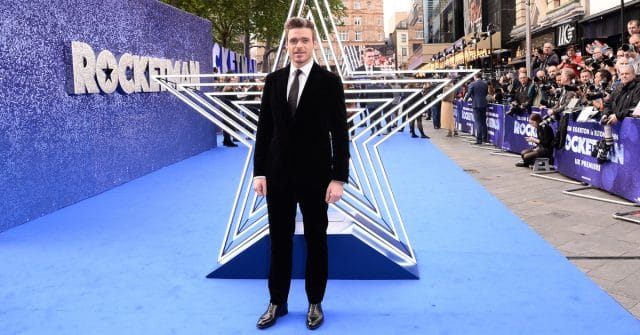 Actor Richard Madden has been asked whether he and Brandon Flynn, who used to date singer Sam Smith, are an item.

Madden was asked if he is dating Flynn in an interview with the New York Times.

“I just keep my personal life personal,” he said. “I’ve never talked about my relationships.”

The star of Elton John biopic Rocketman was in a relationship with actress Jenna Coleman until last year.

Flynn, 25, is known for his role in Netflix’s 13 Reasons Why. He dated non-binary singer Sam Smith in a nine-month “whirlwind romance” that ended in June 2018.

Of filming gay sex scenes with Egerton for Rocketman, Madden has previously said, “The more we have these things in films the less of a big deal it’s going to become, and that’s what it should be – it shouldn’t be a big deal.”

“But, particularly for us in this film, that scene is such a pivotal moment for Elton – it’s the first time he makes love with someone, it’s a really important change point in his life,” he said. “And it gave us an opportunity to show their intimacy and that delicateness that’s really important to represent the start of that love story.”

Rocketman shows a naked scene between Madden and Egerton, as well as passionate kissing between men.

It’s the first time that a major Hollywood studio has shown a gay male sex scene on screen.

The casting of two straight actors—Madden and Egerton—in gay roles drew criticism from parts of the LGBT+ community.

Addressing the controversy, Madden told The Guardian: “It’s a really terrible route to go down if we start restricting people’s casting based on their personal lives.”

“We have to focus more on diversity and having everyone represented, but I’m also a firm believer in the best actor for the part.”