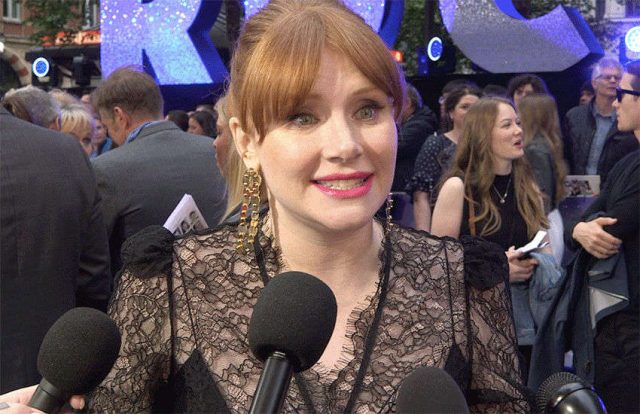 Bryce Dallas Howard has come out as an Ani DiFranco stan!

The actress, who stars in the new Elton John biopic as the singer’s emotionally abusive mother Sheila, named the Both Hands signer as the next LGBTI star who should get the silver screen treatment.

‘Which LGBTI icon should next get a biopic? Oh my god, that is a really good question – Ani DiFranco!’ she replied without missing a beat.

Ani, known for songs such as 32 Flavors and Untouchable Face, came out as bisexual in her 20s. She released her self-titled debut album in 1990, and won the 2004 Best Recording Package Grammy for her album Evolve.

‘Or George Michael…’ Bryce furthermore added. ‘There are so many people who deserve to have there stories told.

Bryce – who named I’m Still Standing as ‘for sure’ her favorite Elton song – continued: ‘The thing that’s so remarkable about this, is Elton is behind it. It’s not someone else interpreting what he went through. It’s him sharing his journey with us. More of that please!’