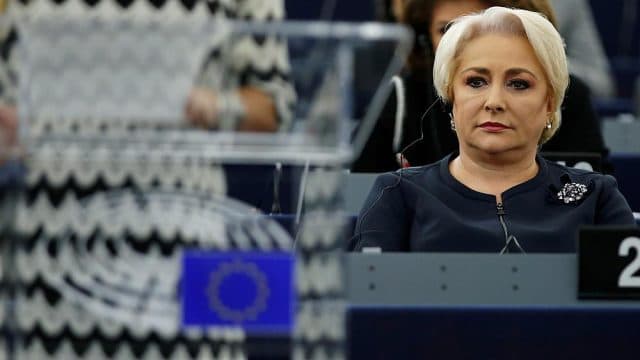 Romania has made “very little progress” to prevent corruption in its government, the Council of Europe’s anti-corruption body said in two critical reports released on Tuesday.

The reports evaluated Romania’s previous responses to the Group of States against Corruption or GRECO’s recommendations and concluded that Romania had only fully complied with just over a quarter of the recommendations issued in two previous reports.

GRECO determined that Romania’s compliance was “globally unsatisfactory” and that the state would continue to remain on the body’s non-compliance list.

Romania must report back to the body by June next year.

The reports come just over a month since Romania’s most powerful politician, Liviu Dragnea, was sent to jail in May over corruption charges.

One of the two reports followed up on recommendations made in an ad hoc report last year. GRECO’s ad hoc procedure is for exceptional circumstances in which the body determines that there may be a serious violation of Europe’s anti-corruption standards.

The 2018 ad hoc report on Romania was carried out after proposed judicial reforms sparked a wave of public protest in 2017, the EU anti-corruption body said.

The follow-up report released on Tuesday determined that Romania had only complied with one of five recommendations made in that 2018 report, and GRECO condemned several ongoing problems including attacks on prosecutorial functions.

This included the dismissal of the chief prosecutor of the National Anti-Corruption Directorate in 2018.

The same chief prosecutor faced legal proceedings in her own country as the EU considered her for the job of EU public prosecutor.

Manfred Weber tweeted in March that he was “very concerned about the media reports on the legal proceedings against Laura #Kövesi, the @Europarl_EN candidate to become EU Public Prosecutor. This is totally unacceptable in Europe and unprecedented for an acting #Council presidency of the EU.”

Another controversial move by Romanian authorities included creating a special prosecutor’s section to evaluate the judiciary on which GRECO said in the ad hoc report: “the steps taken by the Romanian authorities are in full contradiction to GRECO’s recommendation, which is a deeply worrying development.”

The anti-corruption body said the move created a risk of jurisdictional conflicts and said the body could interfere in “sensitive high-profile cases”.

Another report said Romania had only fully implemented four of thirteen recommendations, partially implementing three and not implementing six. This report was an interim compliance report following a 2015 assessment on corruption as part of several rounds of corruption evaluations.

The anti-corruption body said that the role of the state’s executive in the appointments of prosecutors should be decreased and said Romania had not implemented regulations on lobbying and robust restrictions on gifts to members of parliament.

The body decried Romanian politicians’ recent attempts to reduce the statute of limitations on corruption offences, saying such a reform would undermine the fight against corruption.

The Romanian prime minister indicated an intention to abandon some controversial judicial reforms on June 4, which GRECO welcomed. But GRECO called on Romanian authorities to “take determined action”.

The executive secretary of GRECO, Gianluca Esposito, told Euronews he was “hopeful and optimistic” that Romania would implement the recommendations in the reports. He said that the dialogue with them had been “a positive one”.

He said, however, “it is a critical report. It highlights shortcomings that relate to Romania… the next part is that the authorities have to let us know what steps they have taken to implement our recommendations.”

Romanian MPs drew significant international criticism after approving controversial criminal law changes in April. An EU commission official told Euronews that the EU would be deciding next steps, but that the bloc was clear on its views of rule of law in Romania.

Some of those changes are currently under judicial review and the public voted in May to ban amnesty and pardon for corruption and to ban emergency ordinances on crimes and judicial organisation, developments that were mentioned in the ad hoc report but not subjects of the report.

GRECO did highlight some progress on recommendations in its interim compliance report which included measures on early retirement of prosecutors and judges, as well as some progress on conflicts of interest in the judiciary as part of a project implemented in cooperation with Transparency International Romania in 2018.

Transparency International ranks Romania 61 of 180 countries on its corruption perception index and experts often say it is one of the EU’s most corrupt states.

Government authorities in Romania did not immediately respond to Euronews’ request for comment on this story.