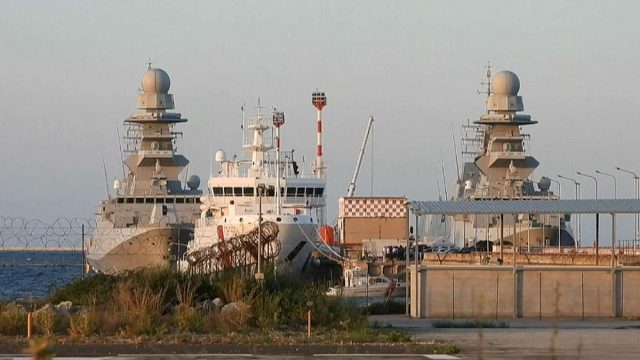 Italy said on Wednesday it would allow an Italian coastguard ship to finally disembark 116 migrants who were stranded for days in a Sicilian port, ending its latest standoff with the European Union over migration policy.

Deputy Prime Minister Matteo Salvini said he had reached a deal with the EU for Germany, France, Portugal, Luxembourg and Ireland to take in the asylum seekers who were rescued at sea last week.

The Bruno Gregoretti coastguard ship was given permission to dock but not to disembark in the Sicilian port of Augusta last weekend. Sicilian authorities opened an investigation into the welfare of the migrants it carried, and medical staff allowed to tour the ship found that the 116 people on board had to share a single toilet.

While children and those considered vulnerable were allowed to disembark earlier this week, Italy’s interior minister Matteo Salvini had refused to allow the others to leave the ship until other European countries offered to take them in.

“Italian authorities are violating the international law of the sea, which says that a rescue concludes with the disembarkation of the people rescued in a safe port,” Elisa de Pieri, a researcher at Amnesty International, told Euronews before Italy announced the end of the standoff.

On social media, Salvini had rebuffed criticism, saying that “with millions of Italians looking for jobs it’s my duty to limit the numbers of migrants coming here”.

“Europe should decide: are we going to host all Africans that want to come, or not,” said Gerolf Annemans, a Belgian MEP with the Flemish far-right party Vlaams Belang, which is part of the same nationalist alliance as Lega in the European Parliament.

“What Mr Salvini suggests (…) is that they will be redistributed to other European countries. I can understand and I support his view, that they cannot be hosted by Italy all the time, all of them.”

Over the past year, scores of migrants have been left stranded at sea for days while countries bartered with each other as to who should take them in. Ship-by-ship solutions are proving unsatisfactory to everyone.

EU governments have been seeking a formal mechanism for migrant allocation, but with limited success. Malta and Italy, two of the countries on the frontline, have been running out of patience.

You can watch Amnesty International’s Elisa de Pieri debate the issue with Vlaams Belang’s Gerolf Annemans on Euronews by clicking on the player above.