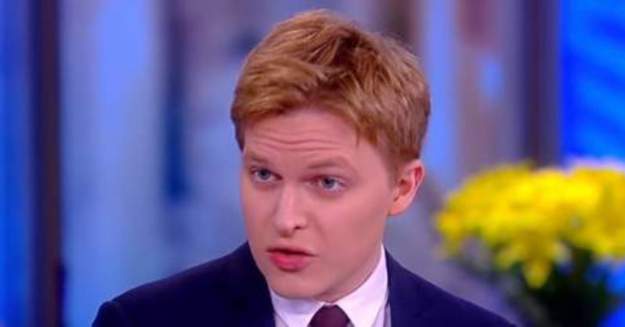 Journalist Ronan Farrow, who has been tight-lipped about his sexuality for years now, finally revealed that he identifies as part of the LGBT community during an acceptance speech on Monday night.

He was on hand to accept The Point Foundations’ Courage Award, which was presented to him by fellow journalist Thomas Roberts at their annual Point Honors New York Gala. The foundation is a national scholarship fund for queer students.

“Being a part of the LGBT community – which recognized that reporting I was doing early on and elevated it, and has been such a stalwart source of support through the sexual assault reporting I did involving survivors who felt equally invisible – that has been an incredible source of strength for me,” he said during the speech.

“LGBT people are some of the bravest and most potent change agents and leaders I have encountered, and the most forceful defenders of the vulnerable and voiceless, because they know what it’s like to be there.”

It’s the first time that he has spoken out about his sexuality in a public forum, even though articles about this topic have been written in the past such as a Vice piece that literally outs him in the subhead. A source also claimed to Page Six in 2013 that “He’s not in the closet. He’s been with guys, but he’s also been with girls. He’s open about both.”

He did not come out as either gay or bisexual during the speech.

Take a look at what else he said during his acceptance here: