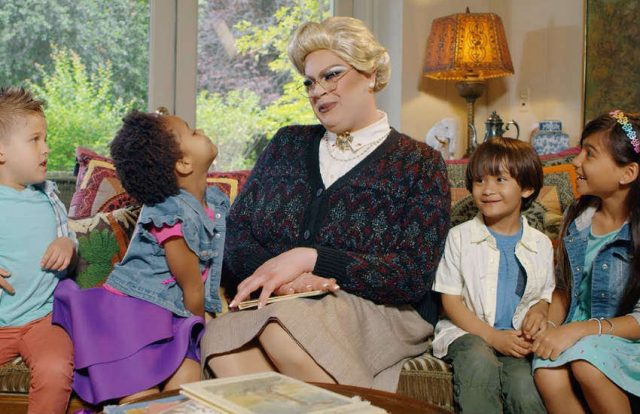 RuPaul’s Drag Race queen Nina West has released her first music video and it is everything you wish you had listened to when you were a kid.

Drag Is Magic is Nina’s first single off her album of children’s music. The beloved season 11 queen has released the album following her exit from the show.

Drag Is Magic features songs like The Drag Alphabet, The Reading Song and What Makes Us Shine.

The video for Drag Is Magic features Nina West sharing secrets on how to be a great drag performer with adorable kids. Spoiler: there’s no secret but being your most unapologetic self.

West told HuffPost she hopes young fans will be inspired to ‘dream big, be kind, and be their perfect selves’ when they listen to the EP.

West appears both as a nanny and as her diva self as she explains what drag really is. The video concludes as each child embodies their own fantasy self.

Earlier this month, West has sent a sweet, empowering message to trans kids.

The American queen, whose real name is Andrew West, shared a message for trans charity Mermaids UK on 18 May.

West appeared out of drag to send his support to trans children and teenagers.

‘I just wanted to say hi to all of you guys and remind you that you’re incredible and you’re brilliant and you’re beautiful,’ West said.

‘You have so much value and worth to offer to this world.’

West furthermore added: ‘I’m so proud to raise my voice and lend it to you to hopefully allow you to find some strength.’

The drag artist also announced he’s coming to the UK.