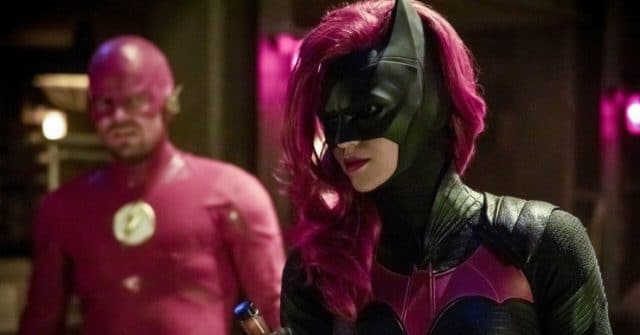 Ruby Rose has said that Batwoman’s relationship will be different to how lesbian relationships are usually presented in the media.

In an interview with Adweek Rose said that the superhero’s relationship would be normalised, matter-of-fact and “just like anybody else.”

“There’s a way that television shows and films often depict any kind of new relationship when it’s a woman and a woman. It often has a beginning, middle and end that’s always the same,” said Rose.

“Like, ‘Oh, my gosh, you’re my best friend and we’re having a slumber party in high school!’ It’s fine, because that is a way that still represents and still speaks to a legitimate way that people get together in relationships. But it also feels like we have to do more explaining than when it’s just a heterosexual couple.”

Rose said that the same-sex relationships in the new TV series will not be over-explained.

“And that I love, because as much as I love representation in any way, shape or form, I don’t think I’ve seen it normalised as much as this,” Rose added.

Ruby Rose in the Batwoman trailer.

Batwoman’s showrunner and writer Caroline Dries also told Adweek that she had considered hiring a straight actor, but after casting Rose decided that casting a gay actor in a gay role was more authentic.

“I was like, ‘Thank God we hired a gay actor to do this!’ That would have been such a mistake not to,” she said.

Dries explained it was important because she wanted to show the relationships of Kate Kane, Batwoman’s alter-ego, in a realistic way.

Rose said the experience was emotionally, more than physically, exhausting.

“There’s so much in it that I think friends, or me when I was younger, or fans, or anyone can watch and feel part of their story is being told,” she said.

The trailer for Batwoman, which will be aired by The CW in autumn 2019, was revealed last month.