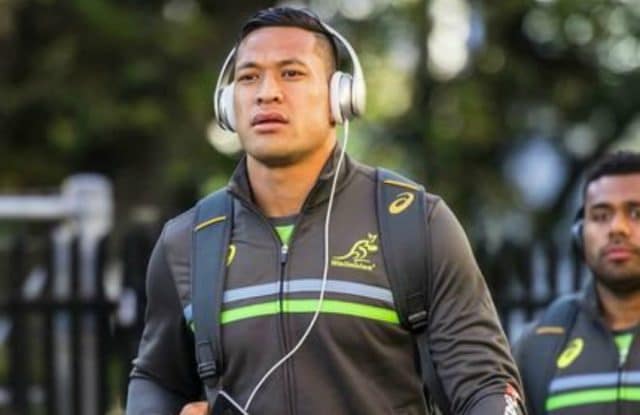 ‘People need to feel safe and welcoming the game, regardless of their race, background or sexuality’ said Rugby Australia CEO Raelene Castle.

On April 10, Folau, who is a devout Christain, shared an image which said ‘hell awaits homosexuals’.

He also said people need to ‘repent’ for a new Tasmanian law allowing parents to opt out of putting their child’s gender on birth certificates.

‘Mr Folau knew when he pressed that button these were the implications that post was going to have’ castle said.

A Code of Conduct hearing at Rugby Australia began on 4 May and ended on Tuesday (7 May).

It was not the first time Folau shared homophobic messages on his social media.

He voiced his opposition to marriage equality during Australia’s postal survey on the issue. Last year, he posted on Instagram that gay people should repent for their sins.

‘Following the events of last year, Israel was warned formally and repeatedly about the expectations of him as player for the Wallabies and NSW Waratahs with regards to social media use and he has failed to meet those obligations.

Folau vowed to fight his termination at the Code of Conduct hearing. He also stood by his social media posts.

‘I’ll stand on what the Bible says. I share it with love. I can see the other side of the coin where people’s reactions are the total opposite to how I’m sharing it,’ he said last month.

‘That’s the message that I’m trying to share, even though it comes across as harsh. I can’t change what the word of God says.’