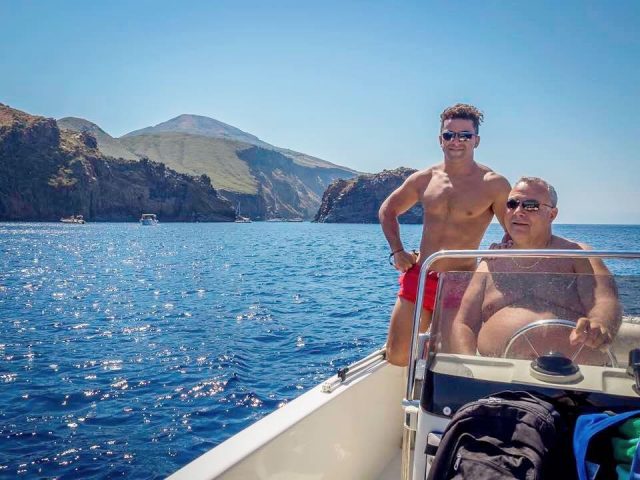 Earlier this year, British rugby player Sam Stanley revealed his engagement to his partner of seven years, Laurence Hicks. The 25-year-old athlete and his future husband have since been quite the buzz because Hicks is 34 years older than Stanley. What a lucky silver daddy!

After being a part of each others lives for almost 7 years, @lorenzo_uk has been my pretend godfather, uncle, cousin and many others in order to make sure no one found out about us and that we were a couple ? funny looking back after having come so far together. The most loving man I know and I'm incredibly happy to say we're now engaged ? ?: @mrjonathanphang

But among the floods of congratulations and well wishes, there has been some criticism that has taken the couple aback. Our friends at Queerty have reported on the surprising comments Stanley and Hicks have encountered on social media due to their relationship. Could this be because of the large age difference? Or could it be because their bodies are not equally athletic? Whatever the reason, it’s the gay community that has been the most verbal about the couple’s relationship and engagement. This is why we can’t have nice things, people!

Here’s what the couple has to say about how everyone is taking their relationship.

I think if you’d caught the reaction to our engagement online most of the hate was from other gay people. That surprises me quite a lot with what gay people alone have to go through in terms of being judged. There’s a hell of a lot of judgement just within the gay community.

Younger gay guys who are obviously not into generational relationships don’t get it at all, particularly the difference in body size. Funnily enough, most of our straight friends are very comfortable with it. We both know the intergenerational thing is not everyone’s cup of tea, but please don’t judge either of us without really knowing us or appreciating the love we have for each other and the joy we bring to each others lives.

Living a public life is hard. If you put yourself out there enough for the world to see, its just a matter of time before people start showing their disapproval of everything you do. Of course it comes with the territory. But in a community that has already been marginalized, lived through struggle, and continues to be the subject of controversy–why have we not learned to accept and love one another?

There are plenty of thirsty marys out there who look at this and wonder “Damn, I want to get with that”

…and so it may be jealousy that Sam has found his other half and not with THEM that has led to animosity toward Sam finding love. Also doesn’t this perpetuate some kind of shallow “no fats no fems” gay stereotype?

Instead of insulting via your phone’s screen, shouldn’t we appreciate this couple for the honest common relationship that they are?

Congratulations Sam and Laurence! In the words of RuPaul’s mama “Unless they gonna pay your bills, pay them bitches no mind.”