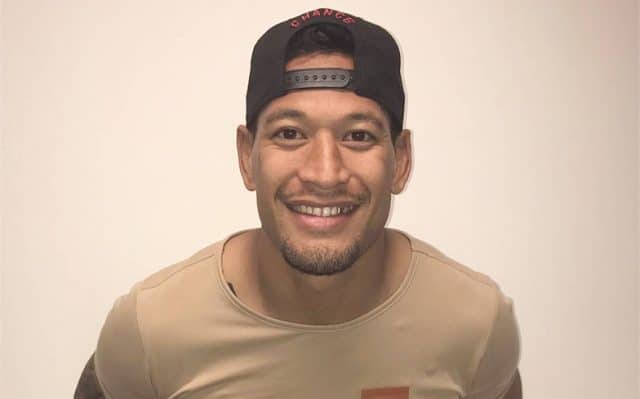 The former rugby star, who had his contract terminated in May after saying that “hell awaits” gay people in an Instagram post, last week set up a GoFundMe page asking fans for donations to help him in a legal battle against Rugby Australia.

Israel claimed that he was unlawfully fired and that he’d been discriminated against because of his religious beliefs. He also argued that sharing his anti-gay posts was “an act of love and compassion” and not homophobia. 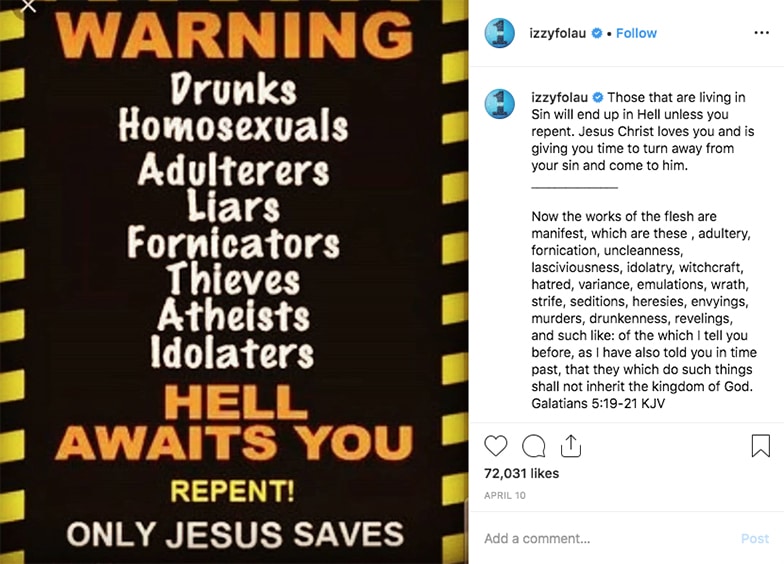 “My faith is the most important thing in my life. I try to live my life according to the Bible and I believe it is my duty to share the word of the Bible,” Folau said in a message on the GoFundMe page, which was aiming to raise A$3,000,000.

Despite raising over A$700,000 in donations, GoFundMe have now made the decision to shut down his page as it violated their rules.

“As a company, we are absolutely committed to the fight for equality for LGBTIQ+ people and fostering an environment of inclusivity,” said spokesperson Nicola Britton.

“While we welcome GoFundMe’s engaging in diverse civil debate, we do not tolerate the promotion of discrimination or exclusion. Our platform exists to help people help others.”

Israel was criticised for making anti-LGBTQ comments on multiple occasions before being fired – back in 2018, he said that God’s plan for gay people was “HELL… Unless they repent of their sins” in a now-deleted Instagram comment.

He also shared offensive remarks on Twitter, claiming that “the devil has blinded so many people in this world” in response to an article about Tasmania allowing people 16 years and older to legally change their gender without parental consent.