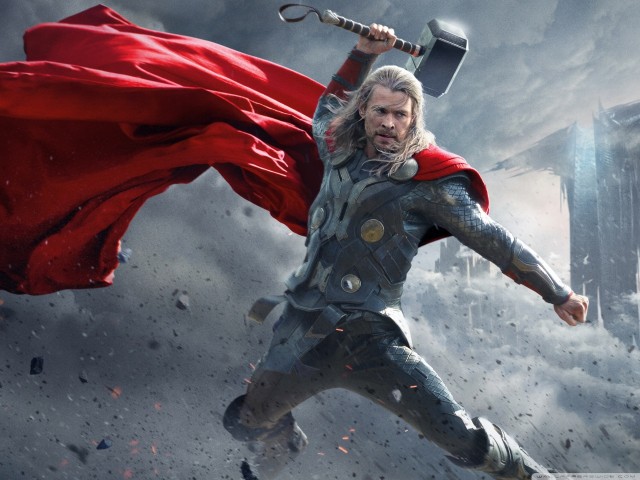 There is no celebrity left behind when it comes to questioning their sexual orientation as this is a part of the show-biz world, and Chris Hermsworth was subject to this as well.

What started the rumors about Chris Hermsworth being gay? In April 2012 he was on the cover of Out magazine,  the article withig giving details about his biography and how he started his career in Hollywood after leaving Australia where he was a soap opera actor. The article describes how hard it was for Chris as a newbie in the movie business, and how he had to struggle with bills and taking small roles until his big success in Thor. Being on the cover of Out magazine was a reason for people to think that it was his way of “coming out” regardless of the article that did not imply such statement. Then it was the Thor poster used by a Shanghai cinema, that some called “gay Thor poster” where he appears in the posture of Thor hugging Tom Hiddleston, his co-star in the movie. People assumed once again that either Thor or Chris Hermsworth came out as gay, but the image seemed to be fake and accidentally used by the cinema.

Another rumor was around Chris Hermsworth’s using steroid supplements, and blogs started to write about Chris’s muscles and how this might be a sign of him being gay.

Recent news is now rumoring around Liam Hermsworth, Chris’s brother who seems to be the protagonist of a scene in The Hunger Games Mockingjay 2 where his character Gale Hawthorne and Peeta Mellark (played by Josh Hutcherson) share a kiss: “Josh and I kiss in the film,” Chris’s brother told, adding ‘It’s a really epic scene. I’m excited for fans to see it.’ He has also stated that he and Josh Hutcherson are very good friends in real life. While celebrities coming out is a big achievement of the LGBT community, because they get to speak to large audiences and raise the problem of equal rights in a manner that will actually make a difference, rumors around their sexual orientation are acceptable to a certain extend where it becomes an exaggerated subject.

But, to make clear, Chris Hemsworth is not gay, he is married with model, actress and film producer Elsa Pataky and they have together three children.

There is no disappointment in this, as there are a lot more iconic gay celebrities out there who are as talented and handsome as Chris Hemsworth.