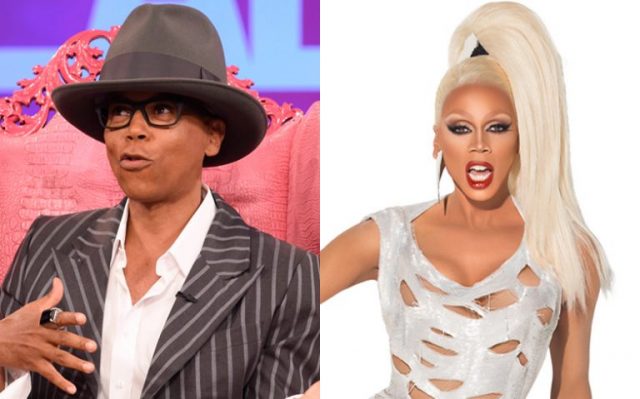 RuPaul won his first-ever Emmy tonight, for Outstanding Host of a Variety, Nonfiction Or Reality Program. “Thank you Logo TV, World of Wonder and the cast and crew of RuPaul’s Drag Race for the best job a guy—or a girl—could ask for,” he told NewNowNext. “I wouldn’t be where I am today without the people that have loved and supported me over the years, and to them I am forever grateful.”

Ru added that he wanted to that the 100-plus queens of Drag Race most of all, “who have inspired young dreamers all over the world with their stories of hope, courage and resilience.”

Designer Zaldy was also nominated for Outstanding Costumes For A Variety, Nonfiction Or Reality Program, for Ru’s ensemble in episode 1 of Drag Race Season 8, “Keeping it 100.”

Backstage after the ceremony, a beaming Ru fielded questions from reporters and shared that he honestly didn’t expect to win. “I came here thinking, ’Wow, I got invited to the prom—and I’m gonna dance my ass off,” he said. “But I didn’t think I would have this [award] in my hand when I was dancing.”

When the nominations were announced in July, Ru dedicated his nomination “to outsiders everywhere.”

“Brave souls who, against all odds, stick to their dreams and make the world a more colorful place. On behalf of those people—my tribe—I am so grateful.”