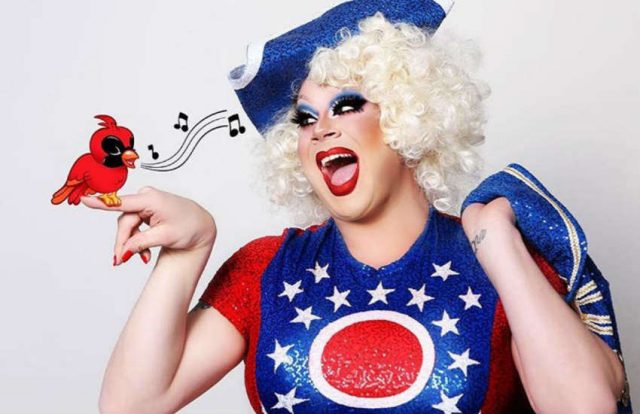 The American queen, whose real name is Andrew West, is best known for taking part on season 11 of the popular drag contest.

West appeared out of drag to send his support to trans children and teenagers.

‘I just wanted to say hi to all of you guys and remind you that you’re incredible and you’re brilliant and you’re beautiful,’ West said.

‘You have so much value and worth to offer to this world.’

West furthermore added: ‘I’m so proud to raise my voice and lend it to you to hopefully allow you to find some strength.’

The drag artist also announced he’s coming to the UK.

Earlier this month, New York Rep. Alexandria Ocasio-Cortez tweeted out support for West after she was sent home, making her come in at 6th place.

‘In our house, we name a Queen of Hearts,’ Ocasio-Cortez wrote on 11 May. ‘Nina West that is YOU!’

‘Thank you for being a relentless example of kindness, consciousness, compassion, and courage.’

‘Thank you for using your gifts to focus on voices and issues that deserve all the shine and elevation in the world.’