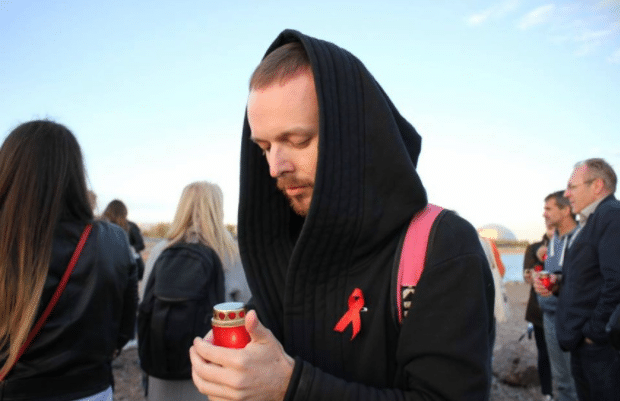 An outspoken Russian LGBTI and HIV activist has woken up in hospital with a broken jaw but has no recollection of the attack.

The provocative activist has a severely broken jaw that will require surgery and potentially titanium screws.

Extensive tests revealed Konakov has comminuted fracture. Fractures of that degree usually happen after considerable force or high-impact trauma such as in vehicular accidents.

Konakov believed homophobia motivated his attack and happened after he was denied entry to a gay club.

‘Since nothing was stolen, most likely it was an attack on the grounds of homophobia,’ he told AIDS Center.

Konakov took to Facebook on 1 May as hundreds of people planned to rally for LGBTI rights and solidarity in Russia.

He used the opportunity to update people on his health.

‘It is a pity that the main indicator of solidarity, so far, remains tragedies and accidents, but I believe that everything will change, thanks to all of us,’ he wrote.

Konakov wrote that the left side of his face was in a lot of pain. He also had injuries to his knuckles because he ‘was probably trying to fight back’.

He’ll find out on Wednesday 3 May what kind of surgery he will need.

The activist called on any witnesses to the attack to come forward with information to help find the alleged attackers.

‘I also really want to find and thank those people who called an ambulance… as well as to testify as witnesses,’ he wrote.

‘It’s not quite clear why there was a lot of people around who say a man being brutally beaten but didn’t call the police.

‘I really want to know who the attackers were. When we find them. And we will.’

Konakov is a high-profile activist in Russia and has used unique methods to raise awareness about LGBTI and HIV.

Last year, he chained himself to a bridge in St Petersburg. The bridge is named after the current Chechen leader, Ramzan Kadyrov’s father. Konakov chained himself to that bridge to protest the torture and execution of gay men in Chechnya.

In the same year, Konakov locked himself in a cupboard for 30 days without food or water to mark every year of the HIV/AIDS epidemic.

LGBTI activists have called on the President Vladimir Putin to end his controversial ‘gay propaganda’ law. The law bans any pro-LGBTI content from being posted online or appearing in any kind of media.

Activists also want Putin to denounce the violence in Chechnya and create anti-discrimination laws to protect the LGBTI community.