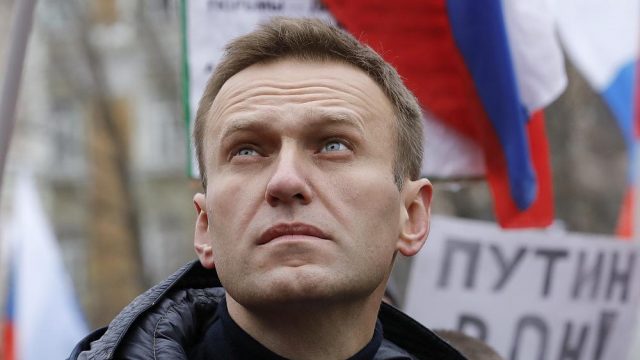 Leading Russian opposition figure Alexei Navalny was discharged from a Moscow hospital on Monday and returned to prison after being treated for suspected poisoning from a chemical agent.

Navalny, currently serving a jail stint for calling for unauthorised protests, was hospitalised after suffering an acute allergic reaction on Sunday, his spokeswoman Kira Yarmysh said.

The Moscow hospital treating him said on Monday it had discharged him after his condition had improved but refused to disclose further information due to patient confidentiality.

Navalny’s life ‘not in danger’

Elena Sibikina, one of the doctors who treated Navalny, told reporters that the idea that he had been poisoned with a chemical substance had “not been proven”. She said his life was not in danger.

His own doctor and lawyer said they opposed the “strange” decision to return Navalny to a prison cell where they believe he was somehow poisoned in the first place.

“He was really poisoned by some unknown chemical substance,” Olga Mikhailova, his lawyer, told reporters. “But what the substance was has not been established.”

Mikhailova said she would file an appeal to try to get his jail time cut short due to his health problems.

“We cannot rule out that toxic damage to the skin and mucous membranes by an unknown chemical substance was inflicted with the help of a ‘third party’,” Anastasia Vasilyeva, his personal doctor, wrote on Facebook.

Vasilyeva, who said Navalny had a rash on his upper body, skin lesions, and discharge from his eye, called for samples of Navalny’s bedsheets, skin and hair to be tested for chemicals.

She said she found the fact that she had not been allowed to examine him properly suspicious.

Navalny’s sudden hospitalisation infuriated his supporters. It comes after police rounded up more than 1,000 people in the Russian capital at a march on Saturday in one of the biggest crackdowns of recent years against the opposition.

The European Court of Human Rights last year ruled that Russia’s arrests and detention of Navalny in 2012 and 2014 were politically-motivated and breached his human rights, a ruling Moscow called questionable.