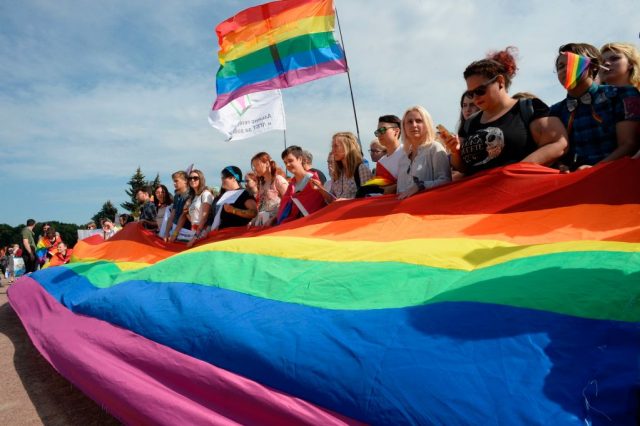 Russians are more likely to oppose having an LGBT neighbour than one from another social group, a survey has found.

The Levada Center, an independent, non-governmental research organisation, asked 1,625 respondents across 50 Russian regions to give one of five reactions to different potential neighbours.

The reactions included interest in interacting with the new neighbours, awkwardness, suspicion, hostility and “no special feelings”.

Participants named same-sex couples as their least-wanted neighbours, along with members of a religious sect.

The majority of people gave the highest number of positive reactions to “lonely elderly” people and single mothers.

The survey, conducted in April, found families with a disabled member and poor families also ranked in the top five most desirable neighbours.

The law effectively made it illegal to equate straight and gay relationships and to distribute material on gay rights, including health information.

It also introduced fines for individuals and media groups found guilty of breaking the law.

Violence against the LGBT community has also surged in recent years.

In 2017, reports began to emerge of lesbian, gay, bisexual and transgender people being kidnapped, detained, tortured and murdered in Chechnya, an autonomous region of Russia.

Igor Kochetkov, programme director of the Russian LGBT Network, said a “new wave” of detentions had started at the end of December 2018.

Speaking to Pink News last year, the network said lesbian and transgender women were being targeted by Chechen authorities.

Zamira*, a transgender Chechen woman said she found out about the anti-LGBT purge in 2017. Although she didn’t believe it for a long time, she lived her life in hiding.

“I did not go out, I communicated with very few people. So I saw this information online only and like many others I believed that it was not true,”  she says, speaking on condition of anonymity. “Until the moment they started to hunt me.”