Home Gay Life Ryan Ashley is carving his own lane in the music industry as... 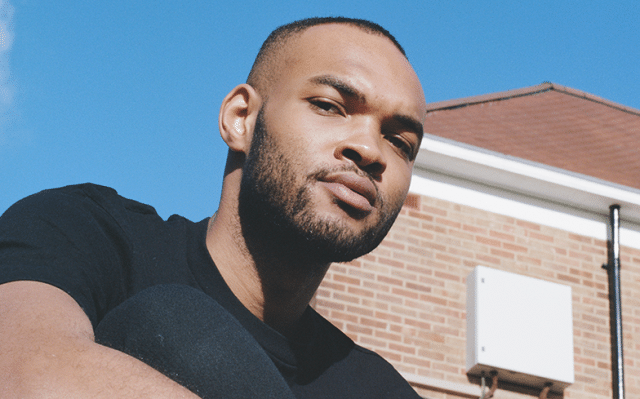 Ryan Ashley has just dropped one of the biggest bops of the summer. Last week, the British singer-songwriter released his best single to date, Guess My Friends Were Right, reminiscent of iconic R&B jams from the early 00s (think Usher, Mya etc).

Throughout his decade-long career, Ryan has mostly assisted artists such as MNEK, Becky Hill and H.E.R with their own music, but now he’s ready to – like we said in the headline – carve his own lane in the industry as an out-and-proud queer POC.

“There are many artists of colour out there doing well and who are successful, but they seem to be categorised into ‘urban’ or ‘grime’,” he explains. “You don’t see many black pop stars, except for the generally bigger American artists like Beyoncé.”

In celebration of his new single – and his upcoming debut EP – we spoke to the rising star and discussed the difficulties of being queer person of colour in this industry and how he wants to be recognised as an artist, rather than an ‘LGBTQ artist’.

So, Guess My Friends Were Right, I love. It’s very early Usher.
I love Usher, so I’ll take that!

What inspired the song? Was it autobiographical?
It’s sort of autobiographical, but it’s not about me. I wrote it with MNEK and Adam Russ, who also co-produced it. It’s about a friend of mine who was dating a guy who was really trash, and we were all trying to tell her but but she keeps going back him, and he keeps letting her down. I guess we wrote this with the idea that when she eventually breaks up with him, she can see it and say, ‘Guess my friends were right.’ We were also all having a bad day, MNEK found out he was getting kicked out of his studio and everyone was in a bad mood, and we were just like, ‘Hey, let’s write a song.’

I think a lot of people can identify with that… You’ve released a few singles so far but we’re yet to see an EP or an album – do you have plans for future releases?
Yeah, I think my EP’s coming out… I wanna say the 24th July. My first EP! I mean, I’ve been making music for, wow, almost ten years. I’ve signed deals but never got to release any music, so I only started distributing music until last year. This will be my first body of work. It’s taken me so long but I’m just so happy to finally get there. 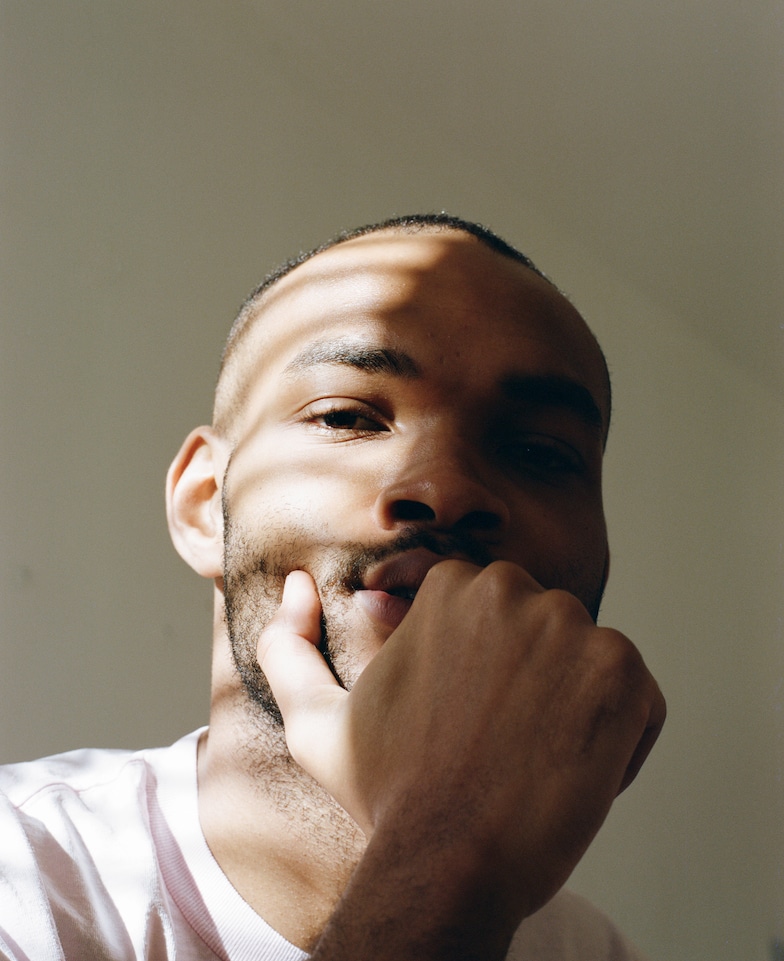 You’ve been writing for artists for years – how did you finally get to the place where you could release your own material?
I signed a record deal when I was 17-years-old to Island Records, and I was there for two years. It was just a whole process of working out what I actually wanted to do. What I wanted wasn’t what the label wanted me to do, so me, being the hard-headed person I am, I put my foot down and said, ‘No, I’m not putting out anything I don’t believe or I’m not happy with.’ I’ve finally gotten to the stage where I’ve got some music, so now is the time. I’m 23-years-old and finally putting some stuff out. It’s had a good reception, more than I could’ve asked for. It’s nice to be getting recognition as an artist outside of my writing. I’ve had nice success with writing, but it’s nice to be appreciated for your own artistry.

You’re definitely being recognised now – look at the amount of Spotify streams for Chess.
Yeah, nearly at two million. That was the first thing I ever put out, I’m just so happy it’s been received so well. I mean, I’m not trying to be a pop star like Justin Bieber. I’m just trying to make music that I love and hopefully everyone else will enjoy it.

For people who are unaware with your music – how would you describe your sound?
It is a very early 2000s R&B/pop moment. I’m definitely inspired by that era. I don’t take my music too seriously and I just wanna have some fun with it, really and truly, because I don’t want to be doing deep ballads. There is one slow song on the EP, but it’s still got a groove to it. I just wanna push the boundaries musically and vocally with what I’m doing. I record my own vocals, I’m my own vocal producer. I’m very hands on, I finish everything myself. I do have producers I work with, but ultimately, I’m the one who’s really digging into everything. I also don’t feel like there’s many vocalists in the country who not putting bigger vocals on tracks. I mean, I kind of shoot myself in the foot when I sing live… but it sounds good on the track [laughs].

You’ve been in the industry for a while – have you experienced many setbacks as a queer person of colour?
Too many. There are many artists of colour out there doing well and who are successful, but they seem to be categorised into ‘urban’ or ‘grime’. You don’t see many black pop stars, except for the generally bigger American artists like Beyoncé and Rihanna. I’m trying to carve some sort of lane for other artists who come after me, because I’m not the first and I’m definitely not the last. In terms of challenges I’ve faced, it’s always the record labels. You’re sat around a desk with lots of old white men who basically determine your future. Now I’m releasing with a label called Platoon, and they work with Jorja Smith and Billie Eilish. I’ve got control of my music, which is all I’ve ever wanted and shouldn’t be hard for an artist to ask for. I found it so difficult to explain my music to these records labels. As a queer artist, we are all put into this LGBTQ box, which is an amazing community, but I also don’t just want to be put on a Pride playlist. The main issue is, ‘Okay, he’s got a great home so we don’t really need to push this.’ But actually, you do. 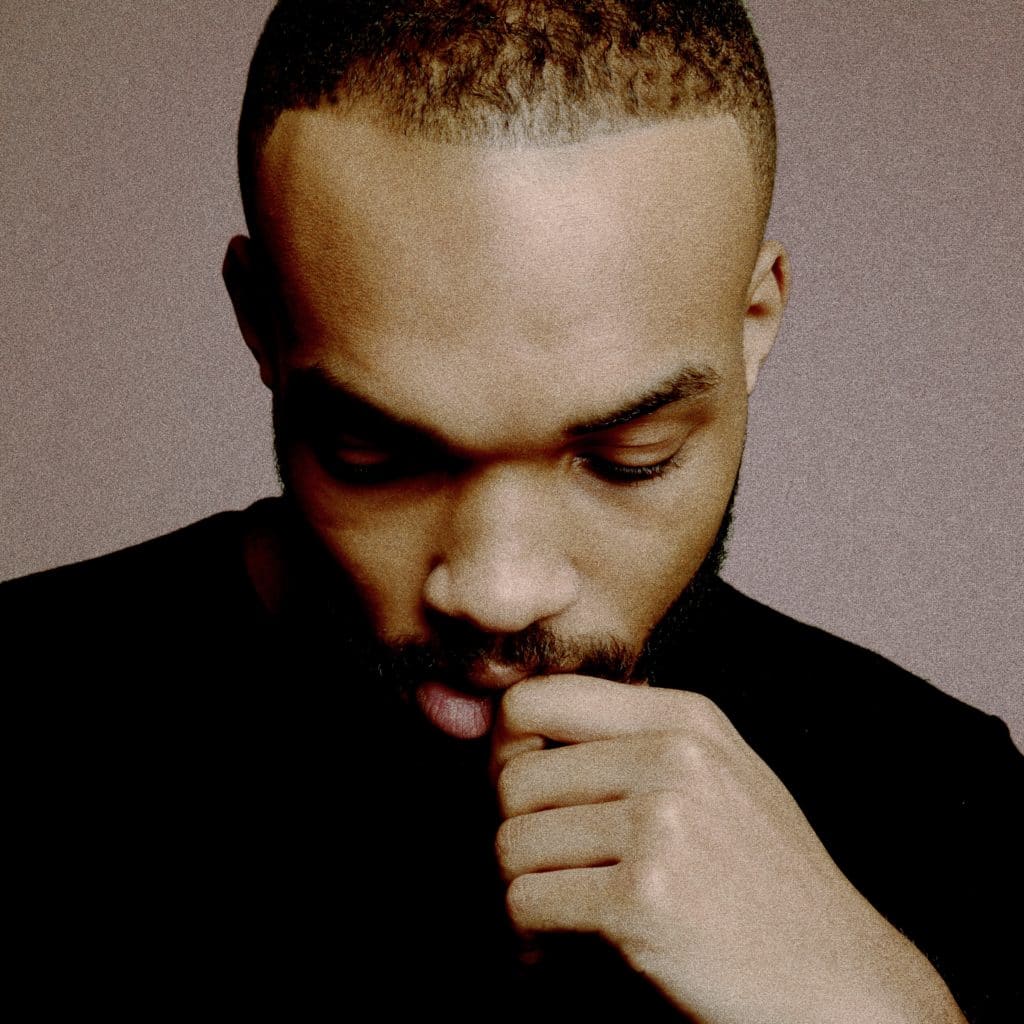 Rina Sawayama told us the same thing, that she doesn’t want these old, straight white men dictating how stars should be creating pop music. Do you have diverse people around you?
Oh yeah, definitely. Gays, girls and many people of colour. Leo Kalyan co-produces some of my stuff, he’s as an Asian queer artist and obviously MNEK, a black gay artist. Also Becky Hill, who’s amazing – not gay – but you’ve got to stan that voice.

How are you navigating the music industry in the streaming age?
You need to be putting out music every couple of months. It’s become a little bit disposable because everyone and anyone can release music in this day and age. Even like five years ago, if you were putting out music, but not on a major label, then people aren’t hearing it. It’s kinda sad, but the streaming period has really opened up things for new up-and-coming artists.

Although queer artists are on the rise, there’s no queer artists of colour reaching Sam Smith or Troye Sivan-sized success – why do you think this is?
They’re not given the platform or opportunity. It all trickles down to the boss being a straight white man. But we have these amazing people who are trying to bring queer artists of colour to the forefront. Another friend of mine, Olly Alexander, had a show at the 02 Arena and he had three or four queer support acts, who were voguing. It’s people like Olly who are fortunate enough to have had these opportunities, who are giving these opportunities to other people. It’s unfortunate because there isn’t enough people doing that. I think Charli XCX is really doing that as well. There just needs to be more of it, it needs to be a level playing field.

As a person who is queer, and as a person of colour, do you feel a responsibility to represent both of your communities?
Yeah, and every single day I feel that even more, even for people outside of music. What MNEK did was such a great thing because people who don’t make music or even like music will resonate with what he’s doing as a queer person of colour. I do think that is our job because whether you see direct results or not, it is happening. It’s a slow process but it is happening, and it’s making an easier world for everyone. That’s what it should be about, everyone having a good time.