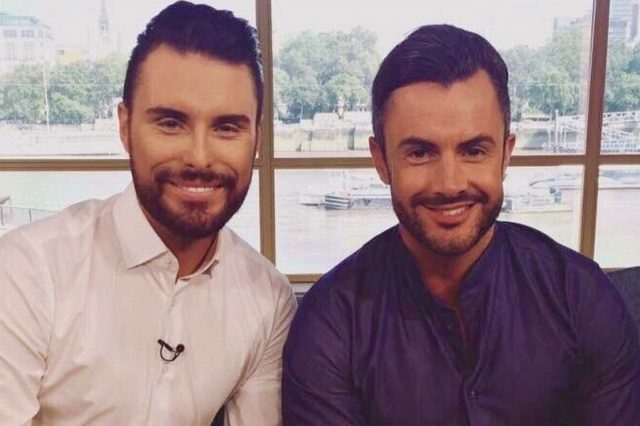 The Big Brother’s Bit on the Side host is already stepdad to Dan’s 17-year-old son.

Rylan Clark-Neal has revealed that he hopes to have children with his husband Dan, and that he’d put his TV career on hold for a year in order to do so.

Rylan, 28, who married Dan in November 2015, said that he’s always wanted to have kids.

The Big Brother’s Bit on the Side host has been in a relationship with Dan since 2013, when the former police officer and father-of-one appeared as a contestant on Big Brother.

Rylan told The Sun: “I’m already a stepdad but, of course, I’d like to have kids. Since day one I’ve always wanted kids. I love babies.

“It’s always on the table, it’s just when the time is right.

Rylan and Dan made history last year when they became the first gay couple to present ITV’s This Morning, and Rylan was quick to pour cold water over constant rumours that the popular couple are breaking up. 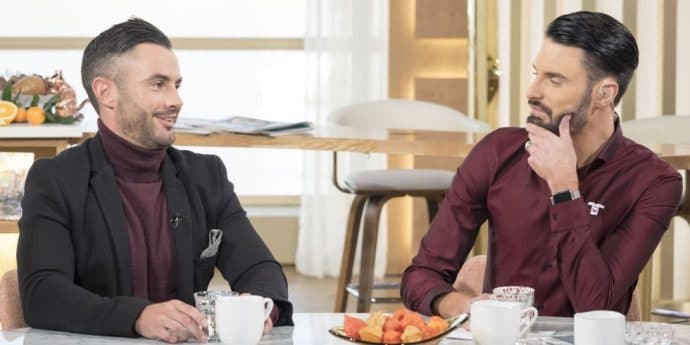 “Every other week the phone rings and it’s, ‘We’ve heard that you’ve split up and he’s living with his mum’,” he joked.

“Honestly, everything is great between us.”

Rylan previously spoke about being a stepfather to Dan’s 17-year-old son Cameron, saying: “I look at him like he’s my own.