Every day, I meet Londoners of all ages, races, genders, faiths and backgrounds who, despite their differences, share an appreciation of our diversity which not only unites them as Londoners, but has come to define us as a capital. In these increasingly troubled times, it’s vital that we ensure London’s beacon shines brighter than ever.

The sight of Londoners and people from across the world lining our streets during Pride in celebration and solidarity is always a true highlight of the year. And I know this year’s Pride will be another great celebration of London’s LGBTQ community – a community that plays such a unique role in defining London, shaping our culture and affirming individual freedoms.

I’m sure the brave marchers who faced hostility when they took to the streets for London’s first Pride march in 1972 could never have imagined how it would become a firm part of our summer calendar, and so embraced and loved by our city.

This year’s Pride marks a key anniversary – the 50th anniversary of the Stonewall uprising in New York’s Greenwich Village, when the LGBTQ community refused to be cowed, refused to stay quiet and ultimately changed the course of history forever.

Sadly, we will also be marking another anniversary at Pride this year – 20 years since three innocent people were killed by the terrible Admiral Duncan pub attack. This was a horrific attempt to divide us, but instead brought communities closer together. 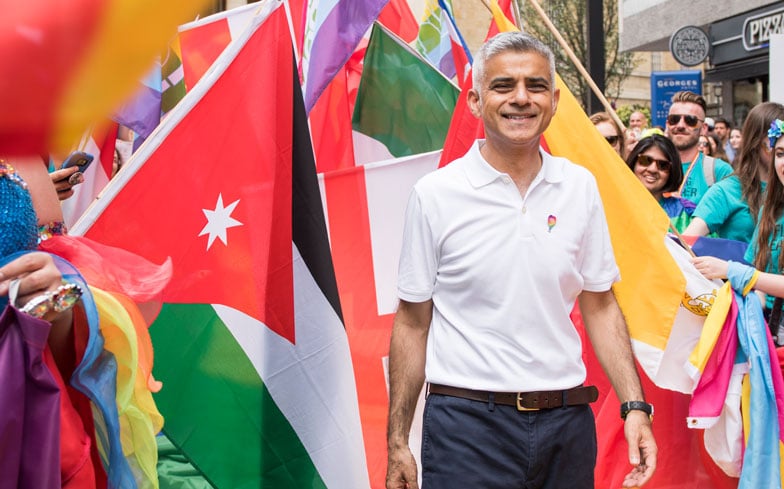 As usual, we should celebrate and party on the streets at Pride this year, but it’s vital we also use it as a moment to remember how hard it’s been to get to this point and to recognise the challenges that remain – both in our country and around the world. For we will be marching in London in the knowledge that countless others around the world won’t be able to do the same – unable to live their lives as they wish, or love who they want to love, through fear of persecution, torture and even death.

Earlier this year, we had a stark reminder of this ongoing discrimination with the horrific clampdown on LGBTQ rights in Brunei and the steady stream of anti-LGBTQ policies and rhetoric coming from Russia and elsewhere. I would like to confidently say that things are completely different here in the UK and that we will continue to make progress in the fight for LGBTQ equality. But, depressingly, issues that we thought had been put to bed years, and even decades ago, have resurfaced.

Related: Exclusive: Read Sadiq Khan’s letter to the LGBTQ community ahead of Pride in London

This means the battle must continue – not only to make further progress, but to defend the hard-fought rights already won. In the past few weeks alone, an elected politician has spoken of her hope that science would one day find a cure for homosexuality, like it is some kind of disease. The debate about how healthy relationships are taught in our schools has reared its ugly head once more, even though it’s been 16 years since the poisonous Section 28 was finally repealed. And we have recently had some utterly disgusting violent homophobic attacks on people simply for living their lives as they wish.

All three of these examples of growing prejudice stand as a stark reminder that teaching our young people about healthy relationships of all kinds is crucial. And I’m in total solidarity with schools up and down the country who are educating young people that stable family environments come in all shapes and sizes.

Unfortunately, it’s clear LGBTQ allies are needed now more than ever and that we must remain vigilant, defiant and resistant to the creeping intolerance. I never thought in my lifetime that we would see the progress made on equality at risk of being rolled back, but with the far-right on the rise at home and abroad, this is now a very real and growing threat. 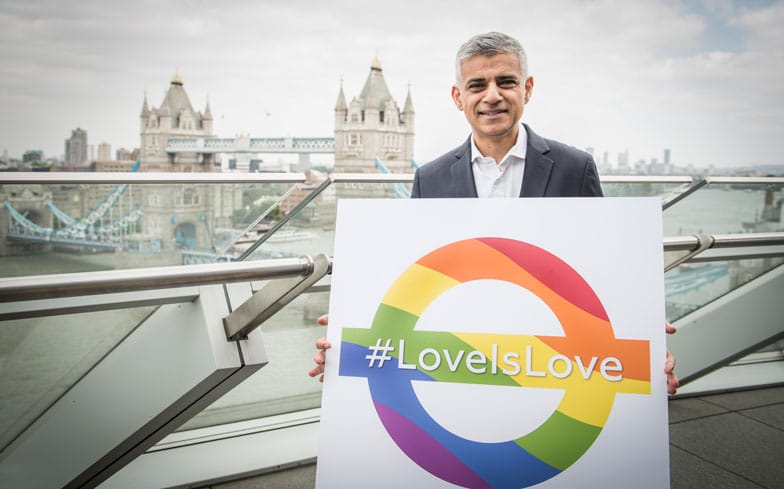 During these concerning times, I want you to know that I will always stand firm in my solidarity with the LGBTQ community. I’m proud to be your ally. And, as long as I’m the Mayor of London, I will champion and protect your rights.

Another anniversary this year will be GAY TIMES reaching its 500th issue. After decades in print, the magazine has become an immense cultural and creative force, playing a pivotal role as a voice for the community. GAY TIMES has not only united strands of the LGBTQ community, but has proven a vital journalistic resource, amplifying marginalised voices and helping to educate society at large. I am sure it will remain a crucial outlet for many years to come.

Sadly, every year at around this time, there’s always a vocal minority who call for a Straight Pride. To these people, I politely ask: in which countries is it illegal for you to love someone? Where in the world are you at risk of persecution for nothing more natural than falling in love?  Instead of seeking to divide, come and join the Pride march in London. Show your solidarity, which is such an essential element of the day, and help us to show that our diversity is our greatest strength. Come along – you never know, you might even have fun. I know I will.